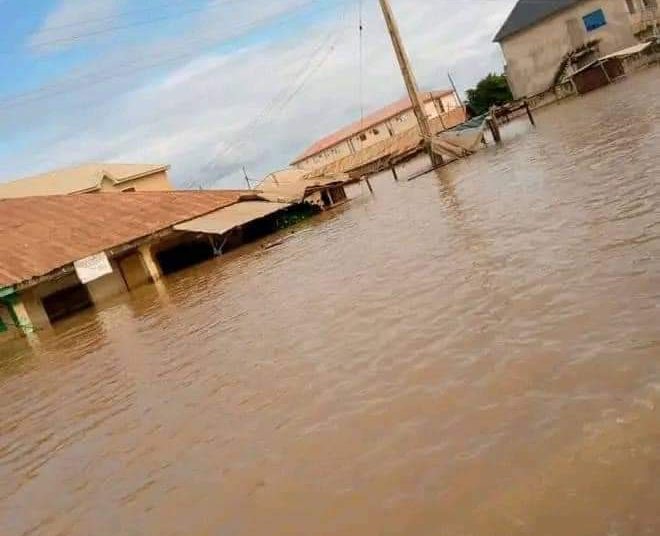 The Borno State Emergency Management Agency (SEMA) said that no fewer than 18,406 persons have been displaced by flood in 14 local government areas of the state.

The Director-General of SEMA, Yabawa Kolo, disclosed this in an interview in Maiduguri.

She said the affected persons including women and children had been displaced by flood occasioned by heavy rainfall recorded this season.

“Reports from international partners in different field and locations indicated that a total of 4,989 houses destroyed and 16,393 victims affected.

“Most of the displaced persons are seeking shelter in primary schools in neighbouring communities. They are now in need of shelter kits, mats, blankets and food items,” she said.

Kolo said that the state’s Flood Response Committee, headed by the Deputy Governor, Alhaji Usman Kadafur, has been working to assist the victims of the disaster.