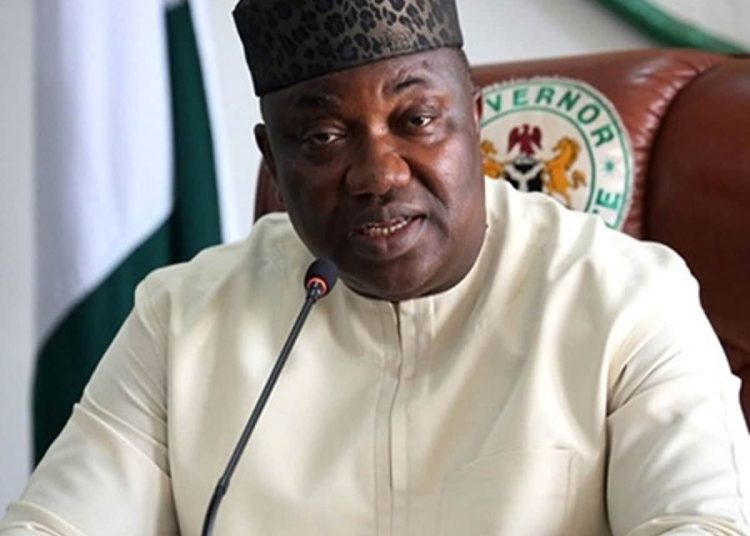 Ugwuanyi commended the resilient spirit of indigenes of the state in excelling in their various business endeavours nationally and internationally, in spite of the challenges confronting the country.

He stressed that: “Enugu indigenes have shown resilience in the face of the nation’s economic challenges.”

The governor, however, thanked the Managing Director of the company, Chief Donald Ekete, for the bold initiative of investing in the state, describing the asphalt plant as a great project.

Ugwuanyi, who attributed the existing peace and security in Enugu State to God’s kindness and mercy, beseeched Him (God) to give more indigenes of the state the will to invest and open more business ventures.

He stated that the Eketeson asphalt plant would be a reference point in the next 50 years.

The governor also prayed that the company would grow from strength to strength and provide employment opportunities for more people of Enugu State.

He, therefore, used the opportunity to appeal to other indigenes of Enugu to come home and invest, stressing that God is in charge of the affairs of the state.

Welcoming Ugwuanyi earlier, Ekete described the governor’s presence as a great honour and a demonstration of his commitment to investment and business growth in Enugu.

Ekete disclosed that the plant was the latest version in the world.

The Managing Director further explained that the company’s plant produced 120 to 150 tons per hour (TPH) and had the capacity to do any mixed design for its clients.

“It is only RCC and Julius Berger that have this kind of asphalt plant in Nigeria.”

He said that the project had a minimum capacity of 100 workers and other inherent benefits for the people of the state and the government.

Ekete, however, expressed gratitude to Gov. Ugwuanyi for providing the enabling environment for businesses to thrive in Enugu State, especially the opportunity given to the company to actualise the landmark project.

He appreciated Gov. Ugwuanyi for providing peace and security in Enugu which had made it possible for the siting of the plant in the state.