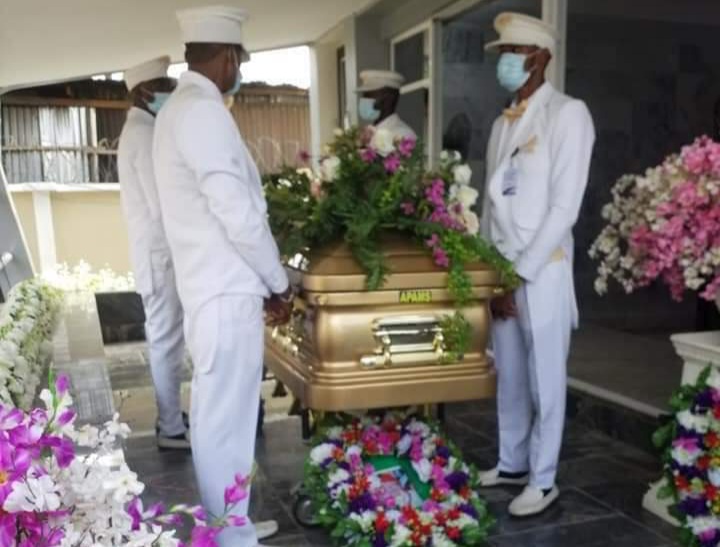 88
SHARES
2.2k
VIEWS
Share on WhatsAppShare on FacebookShare on TwitterShare on LinkedInShare on TelegramSend as Email

Recall Governor Okowa had announced a bipartite funeral arrangements for his late father.

The ongoing funeral service is part of the bipartite arrangement.

Governor Okowa said an elaborate celebration of life event will take place on August 21, 2021 in what is the second burial in honour of the Governor’s late father.

In his speech during the funeral service in the home of the late octogenarian, Governor Okowa thanked Nigerians for their show of love, saying that because he had announced that the ceremony would be private for the family, “those who came are truly family members”.

He said that as a teacher, his late father fought for the ordinary man and suffered victimisation for daring to stand for the truth.

“On behalf of my siblings, I welcome you to my father’s home. He is no more, he has just been laid to rest.

“He has been a strong pillar in my life and obviously we wished he had lived longer, but it pleased God to call him at this time.

“Our father was a good man who fought for the church, the children and the ordinary man, especially as a teacher and suffered consequences for standing by the truth and at the end, God vindicated him.

“We thank God that he played his role in the community. He was very passionate about the development of Owa-Alero and I am glad that he saw all we did for the community.

“He did not compromise his faith even as an Okpara-Uku of his quarter and that, we can attest to as his children,” he said.

The Governor apologised to those who couldn’t attend the funeral because he had declared it a family burial.

“We do not know when it is best to die but we thank God he took our father at a ripe age.

“For those who couldn’t come, I apologise, there is still a time to celebrate his life and times and that will be August 21, his birthday, and we will all be there by the grace of God,” he said.

In a homily, Bishop of Ika Diocese, Church of Nigeria, Anglican Communion, Rt. Rev. Godfrey Ekpenisi, said the late Sir Okowa contributed immensely to the growth of the church and education in Ika nation.

Quoting from the Bible, the Bishop urged Christians to fear God and keep his commandments, saying “this is the whole duty of man”.

He called on Christians to remember their Creator in the days of their youth, recalling that Sir Okowa served God and humanity while alive.

See photos from the funeral service below: 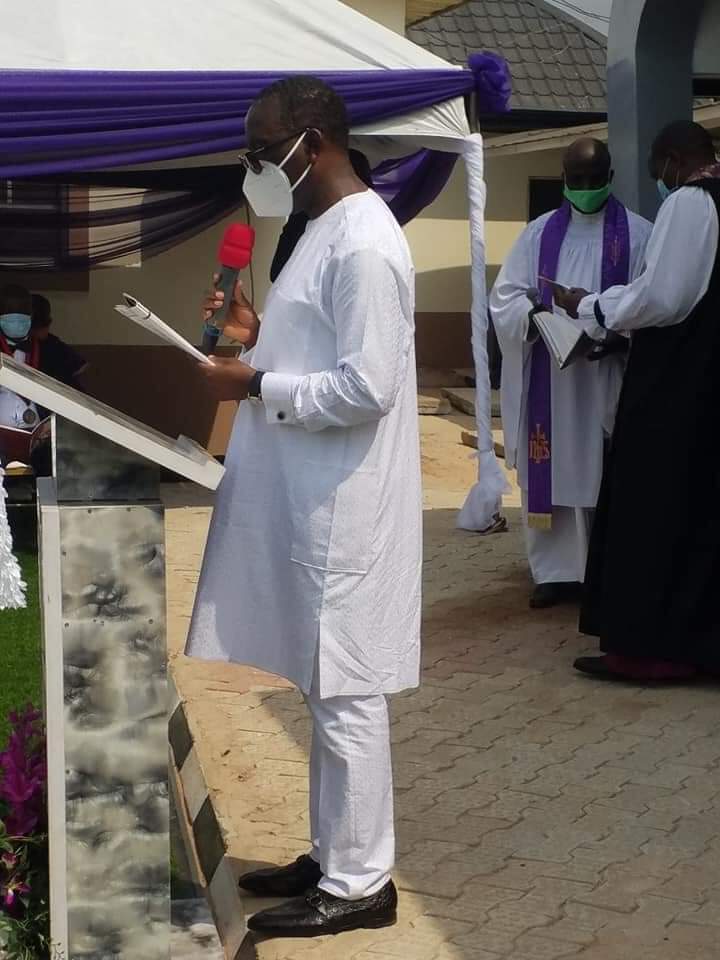 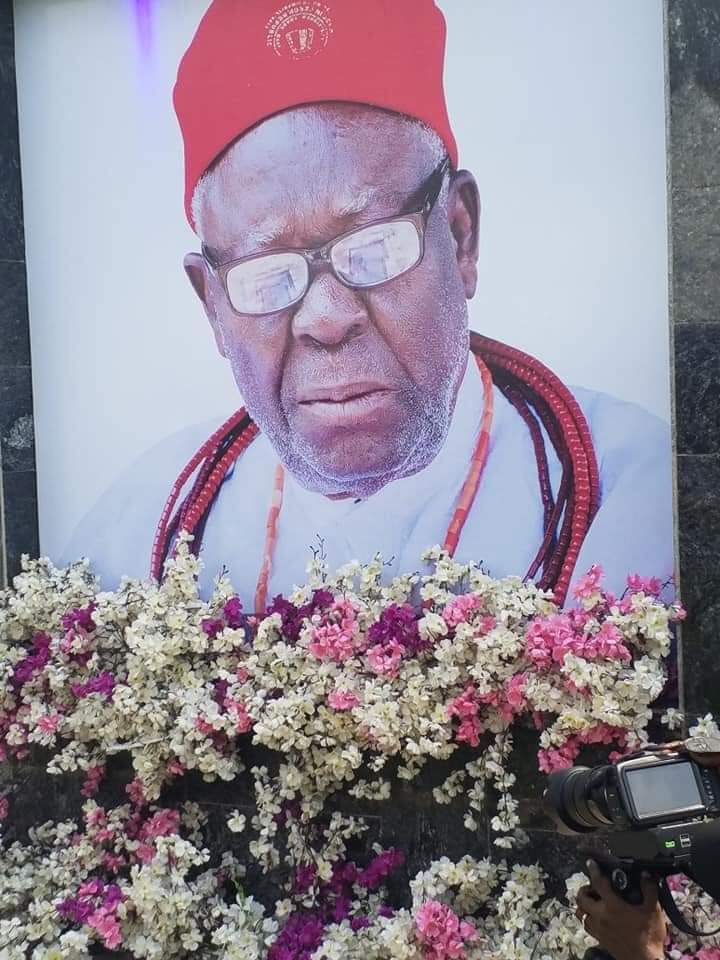 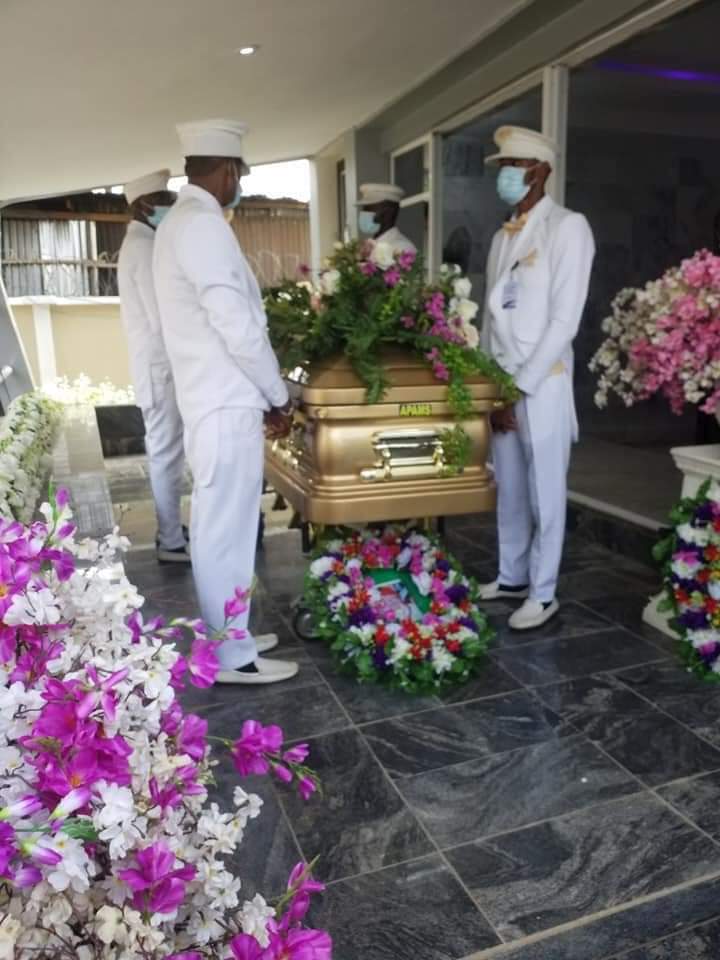 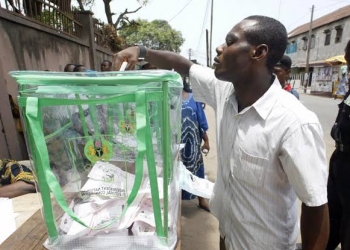