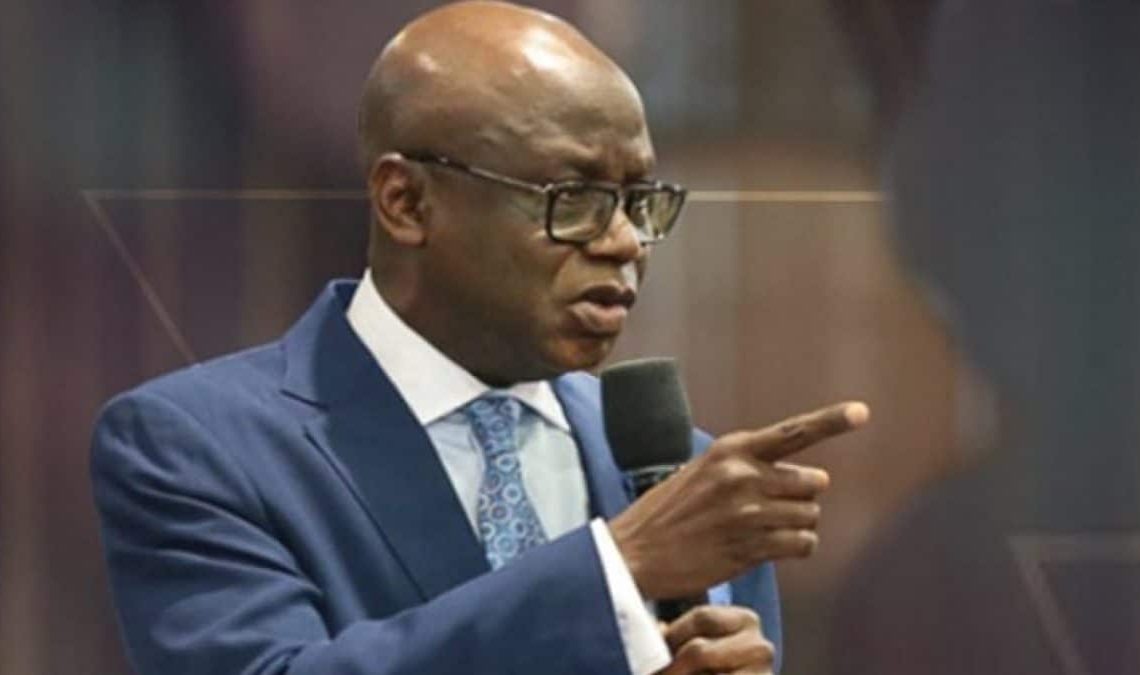 Fiery clergyman, Pastor Tunde Bakare is in trouble as a group under the aegis of Igbo Board of Deputies demands he withdraws his alleged incitement against the Igbo race within the next seven days or face litigation.

The group in a letter obtained by TheNewsGuru.com, (TNG) stated that :

“We have waited reverently for Lent and Easter period to end before addressing this letter to you. It is our instruction not to join you in the desecration of a very sacred and holy Lenten season; it being the bedrock of the Christian faith all over the world.

The group argued that:” Your hate speech and your premeditated incitement designed for ethnic cleansing of the Igbo people in Nigeria was aired and viewed right at the heart of Lent.

“You are a pastor of a church indeed. We have waited without success for you to, own your accord, recant your hate speech and/or withdraw the incitement of genocide against the Igbo people.

” It is very obvious that your speech on the day was well thought out, planned, and executed so as to achieve the purpose it was designed. These comments were made deliberately at a very fragile and tensed period in the history of Nigeria, when insecurity and killings are rife.

“We are advised that on and about April 2022, you on the pulpit of Citadel Global Community Church in Lagos, Nigeria “your church” and before a multitude of congregants, worshippers, and viewers all of the world, made
inciting comments against the Igbo people in the following manner: “on the day the late Tafawa Balewa was killed the Igbo soldiers arrested him, removed his turban, poured wine on his head, and forced him to drink and then shot him.

“While he was being killed, he cursed the Igbo race; that they would never govern Nigeria”

“Here is the YouTube link for ease of reference: https://youtu.be/vlf57qcE5qc

” We are of the view that your comments on the day were calculated to rouse and stoke hatred against the Igbo by a region of the country.

“These were the sort of falsehood sold to other regions of Nigeria as part of the hate campaign that justified and resulted in the mass murder and subsequent pogrom against the Igbo before, during and after the 1967 Nigeria Biafra civil war that reportedly claimed over 3 million lives of the Igbo.

“We are advised that your own account of the 1966 military coup and in particular the death of the then Prime Minister of Nigeria; Alhaji Tafawa
Balewa is false because you were not present and therefore cannot qualify as
a credible witness.

“In the circumstance, we have been instructed to demand from you, as we hereby do, to recant your statements using the same pulpit within 7 days from the date hereof. Failing which, we have instructions to approach the appropriate forum, both local and international, for all available legal relief.

” We hope the above does not become necessary, and we do not wish you to enter into this quagmire.

“Kindly note that our clients shall enforce their rights and their resolve within the ambit of both domestic and international laws, unless and until you have publicly withdrawn your false comments.