Home » Saudi Arbia » How Britain rejected Joshua in 2012, reclaimed him in 2017 after emerging World Champion

How Britain rejected Joshua in 2012, reclaimed him in 2017 after emerging World Champion

by Olaotan Falade
in News, Sports, Top Story
0
17
SHARES
428
VIEWS
Share on WhatsAppShare on FacebookShare on TwitterShare on LinkedInShare on TelegramSend as Email

Findings have shown how Anthony Oluwafemi Olaseni Joshua, the IBF, WBA and IBO heavyweight champion was rejected by Britain in 2012 and later reclaimed in 2017 after he won the fight against Wladimir Klitschko in a Wembley blockbuster last month.

In a report by dailymail.co.uk in 2012, Joshua was  reportedly arrested for allegedly possessing cannabis and intent to sell the drug. However, he was referred to as ‘the son of Nigerian parents’ in the report.

However, after winning the much publicized fight against Wladimir Klitschko in 2017, Joshua was described by same dailymail.co.uk as ‘British boxer.’ 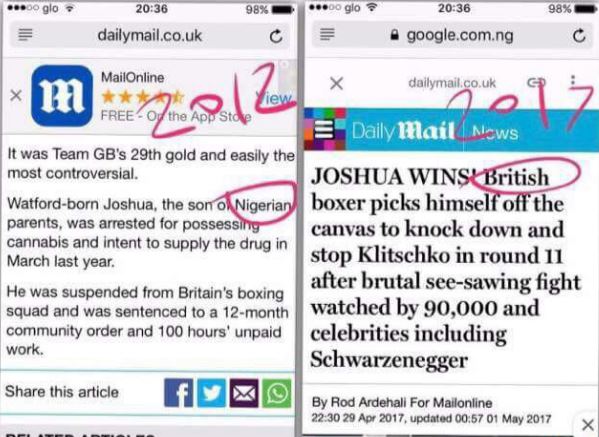 TheNewsGuru.com reports that Joshua has never hidden his Nigerian descent. After winning the fight, he proudly recalled his days at the Mayflower School, Ikenne, Ogun State, Nigeria and how he was disciplined to greatness in the school established by late educationist, Dr. Tai Solarin.

TheNewsGuru.com reports that Joshua was born in Watford to a Nigerian mother and a British father of Nigerian and Irish descent. Specifically, he is of Yoruba descent. 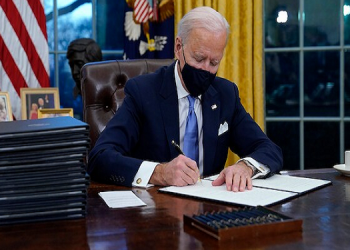