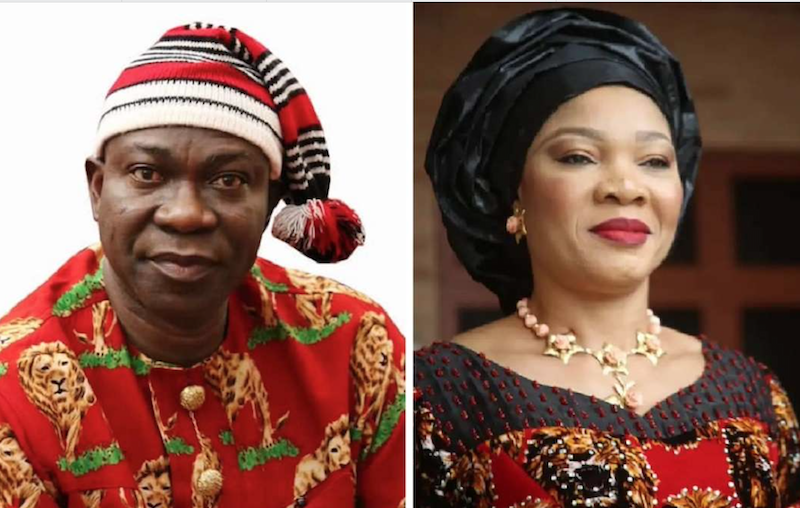 The identity of the “15-year-old” involved in the organ harvest case involving the former Deputy Senate President, Senator Ike Ekweremadu and his wife, Beatrice Nwanneka Ekweremadu has been revealed.

TheNewsGuru.com (TNG) reports the identity of the “15-year-old” was revealed as contained in a letter addressed to the Visa Section of the British High Commission in Abuja by Senator Ekweremadu on December 28, 2021.

However, his age in the passport submitted for the visa application is 21 years.

The letter reads in part: “I am writing in support of the visa application made by Mr Ukpo Nwamini David who is currently having medical investigations for a kidney donation to Ms Sonia Ekweremadu.

“David and Sonia will be at the Royal Free Hospital London, and I will be providing the necessary funding.

“I have enclosed a statement of my bank account. Please do not hesitate to contact me if you require additional information”.

Recall that the former Deputy Senate President was arrested along with his wife on their way to Istanbul, Turkey.

The couple was arrested at Heathrow airport, and according to prosecutors, it is believed that they were on their way to procuring another organ as they were unable to harvest the organ of David.

The prosecutors at the Uxbridge Magistrates’ Court in London narrated how the Ekweremadus allegedly maltreated the young boy, which led to their arrest.