Home » News » IPOB reveals source of funding, opens up on brains behind insecurity in Imo

IPOB reveals source of funding, opens up on brains behind insecurity in Imo 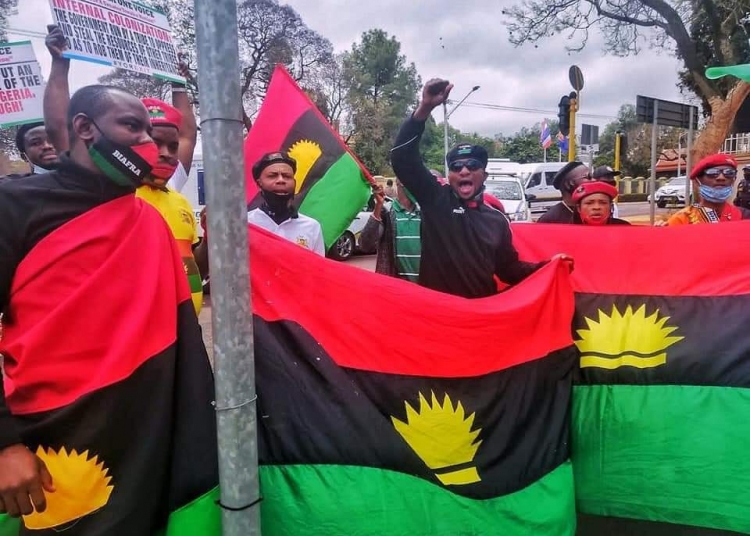 The Indigenous People of Biafra (IPOB) has finally revealed their source of funding and also revealed the brains behind insecurity in the South East, especially Imo State.

TheNewsGuru.com (TNG) reports IPOB made this known in its latest statement titled: Abduction of Uche Nwosu has exposed masterminds of insecurity in Imo state.

The statement signed by IPOB’s spokesperson, Emma Powerful averred that no single individual can sponsor the organisation.

“For the umpteenth time, no single individual can sponsor IPOB. We are a global movement and millions of our family members home and abroad remain the source of our sponsorship.

“We have never hidden this fact because we are not a secret or terror organisation. IPOB is well grounded and we don’t need any Okorocha, Uche Nwosu or Hope Uzodinma or any politician for that matter to sponsor us.

“We have no dealings with corrupt politicians and people with questionable source of wealth,” the statement reads in part.

However, on the arrest of the Imo state 2019 governorship candidate of the Action Alliance, AA, Uche Nwosu at St Peter’s Anglican Church on Sunday, the group condemned the incident, stressing that Nwosu’s incident of Sunday has again vindicated the group.

“This is another vindication that IPOB and Eastern Security Network (ESN) are not responsible for the numerous attacks, abductions/kidnappings in Imo State contrary to false accusations and propaganda, But God Almighty, Chukwu Okike Abiama, has exposed them this time around.

“It’s now transparently obvious to all who the masterminds of the abductions/ killings of many traditional rulers and religious leaders including politicians in Imo State and other parts of South East are.

“It is also now clear who created unknown gunmen to demonise and implicate IPOB and ESN operatives. God Almighty Chukwu Okike Abiama who designed this fight for Biafra freedom and independence has always vindicated us and will continue to vindicate IPOB/ESN,” the statement added.