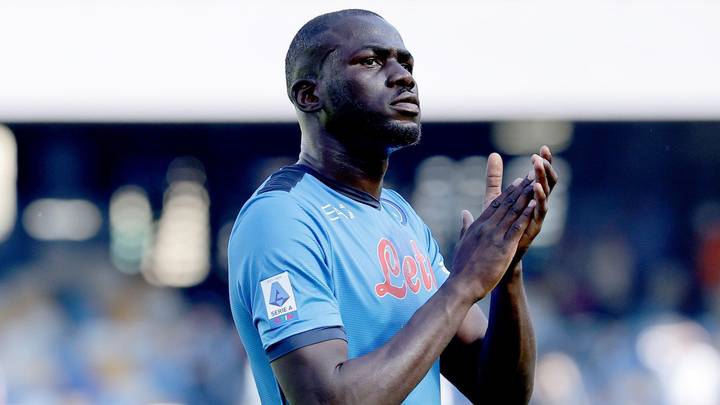 Departing Napoli defender, Kalidou Koulibaly has posted a tribute as he prepares to leave for Chelsea.

Koulibaly is set to be officially announced as a Chelsea player in the coming days after the club struck a £34million (€40m) deal to sign the centre-back on a long-term contract. The 31-year-old completed his medical in London on Thursday and will become the second signing of the Todd Boehly era, following Raheem Sterling, who has already joined in a £50m deal from Manchester City.

Alongside a video showing clips of his stand-out Napoli moments cut with scenes from the city, Koulibaly wrote: “1 June 2014, an unforgettable date: my arrival in Naples, the beginning of a story of pure love. I was a shy boy, but with a great desire to show the world that I could do it!

“Victories, defeats, joys, disappointments. Too many emotions lived together: impossible to summarise them. But I keep everything: in my mind, in my heart.

“My two children were born in Naples. I have met people who will forever be part of my life and who made me and my family feel at home: from the first to the last moment. Thanks to you, Naples, I became the man I am today.

“Thanks to the club, the President, the coaches, all my teammates and all the people I have had the pleasure of working with over the years. Thank you, Naples and Neapolitans, for all the love we have given each other.

“I am proud to have honoured you with all of myself and I will continue, indefinitely, to carry you in my heart and to nurture one of the most important feelings for me: respect. You have been everything for me. Now I feel I have to leave and get back into the game: it’s time for a new adventure.”