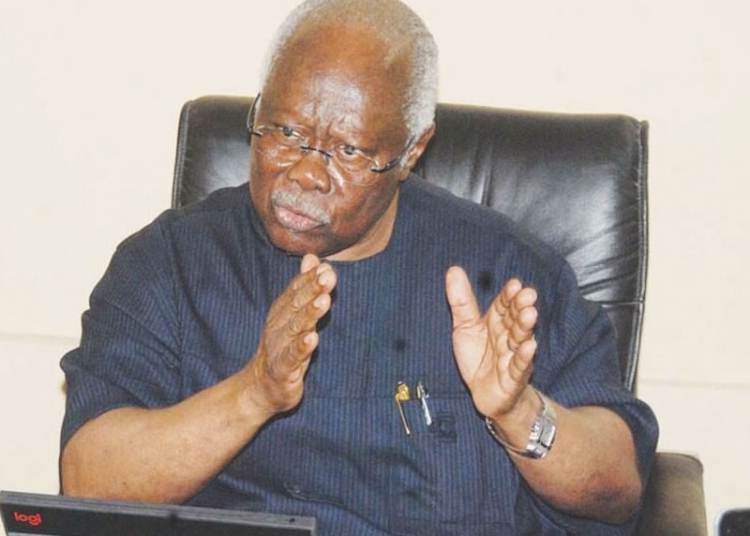 Former Deputy National Chairman of the Peoples Democratic Party, Chief Bode George, has urged the Lagos State Government to prove that the son of All Progressives Congress leader, Seyi Tinubu, does not own the Lekki tollgate.

He called on the Lagos State Government to do this by honouring Freedom of Information requests and stating the terms of agreement between the Lekki Concession Company and the state government.

The PDP chieftain said this in a statement on Friday titled, “We Must Withdraw from the Brink”.

2023 Elections: I will not vote for Atiku – Bode George

George said, “We are demanding that the Lagos State Government through the Freedom of Information Act publishes the names of those who are managing the Toll Gates.

“We do remember however that there was a buy-back several years ago returning the control and ownership of the Admiralty Tollgate to the Lagos State Government. The Lekki-Ikoyi Tollgate was built from scratch with taxpayers money.

“How then can anyone/company inexplicably make a legal claim to the Lekki toll gates? Again, what is the relationship between Seyi Tinubu and Lekki Concession Company?

“Equally, what is the relationship between Sunday Dare and the Lekki Concession Company? We all know that Sunday Dare until he became Minister last year was Bola Tinubu’s Man Friday. There are too many untidy, dirty, stinking intimations here. That’s why we demand that the details of the tollgate ownership should be presented to the public immediately.”

The PDP chieftain stated that since the tollgate was the epicentre of the #EndSARS protests where unarmed protesters were shot, the state government should demolish it and erect a monument in its stead.

He said there was nowhere in the world where a single stretch of road would have two toll plazas as is the case along the Lekki-Epe Expressway.

“George added, “In fact how much is Lagos State earning from these two tollgates per day, per month, and annually? It is alleged that an estimated N400m is collected on both tollgates everyday. If we are wrong, let them bring out their books and tell us how this humongous money is being spent.

“I have gone to this length to illustrate what could go wrong when there is a brazen interloper and a destructive tin-pot despot who has handcuffed the government of our state.

“This overbloated character is obsessed with the interests of the privileged few to the detriment of the majority of our citizens.”