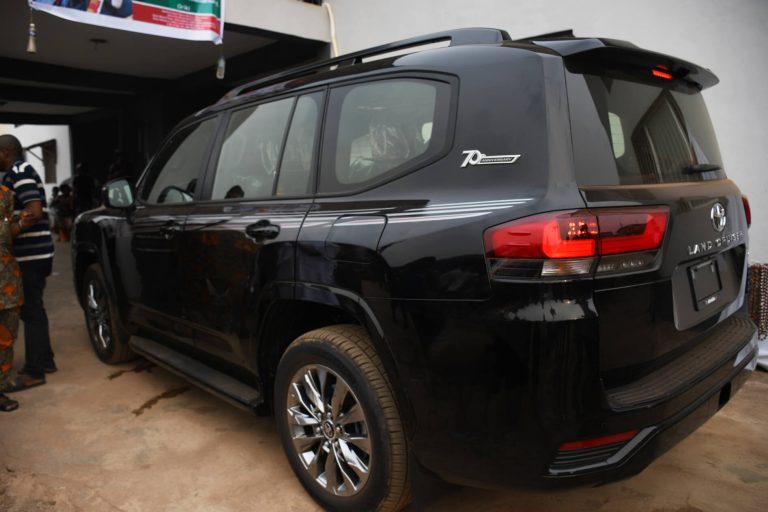 The Governor of Oyo State, Seyi Makinde, on Wednesday evening presented a Toyota Land Cruiser SUV to the Olubadan-designate, Oba Olalekan Balogun, ahead of his coronation as the 42nd Olubadan of Ibadanland on Friday.

Mr Emmanuel Alawode, Chairman of Ibadan South-East Local Government, on behalf of the governor, presented the car’s key to the Olubadan-designate at his residence at Alarere area of Ibadan.

The younger brother of the new Oba, Sen. Kola Balogun (PDP- Oyo South), received the car and a Jac Pick-Up vehicle on behalf of the Olubadan-designate.

The appointment of the new traditional ruler of Ibadanland was approved by Makinde on Feb.14.

Mrs Olubamiwo Adeosun, the Chairman of the Olubadan Coronation Committee, who is also the Secretary to the State Government, had on Wednesday, said the state government was ready to host a grand event, befitting the status of the highly revered oba.

All markets in Ibadan would be closed tomorrow as a sign of respect for the traditional institution of Ibadanland.

It was also revealed that all the market leaders across all markets in the 11 local government areas in Ibadanland had ordered the closure of the markets.

They, however, advised traders to use the period to attend the coronation at Mapo Hall, in the ancient city.

Sack: Umahi, deputy, others seek stay of execution of judgment

Sack: Umahi, deputy, others seek stay of execution of judgment