by Abimbola Fabunmi
in News
Reading Time: 1 min read
A A
0 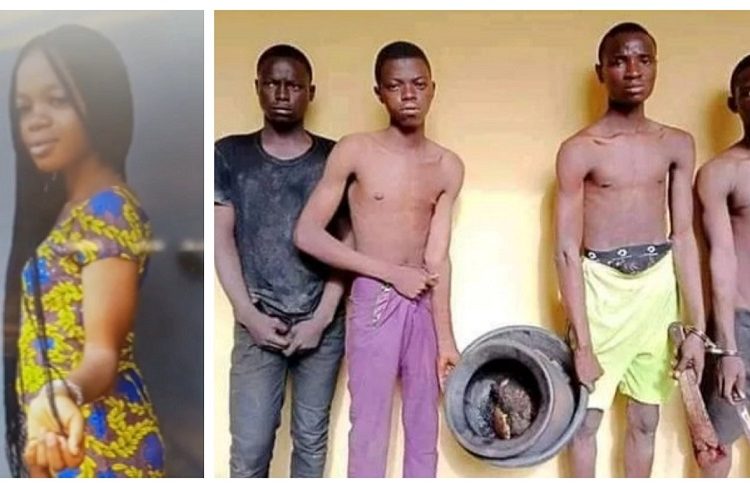 Ogun state magistrate court in Abeokuta has discharged and acquainted Wariz Oladeinde, one of the suspected killers of Sofiat.

Oladeinde was arrested alongside 3 other teenage boys over the killing and beheading of Sofiat Okeowo for money rituals in Ogun State.

TNG recalls that Sofiat was beheaded and the head burnt for money rituals in Oke Aregba community of Ogun state by her ex and present boyfriends, Mustakeem Balogun and Soliu Majekodunmi.

Couple, six others arrested for dealing in human parts in Ogun state

Woman remanded for luring teenagers into prostitution in Anambra

Both teenagers had lured sofiat into their room whilst Soliu slept with her before she was murdered.

Upon interrogation, the suspects said they got the wind of the money rituals process on facebook and planned to use Sofiat for it.

On Monday, an Abeokuta Magistrate Court freed Oladeinde, who had earlier been remanded with others at the Oba correctional centre in the Obafemi-Owode Local Government.

Chief Magistrate I.O Abudu, stated that Oladeinde was discharged on the legal advice of the state Director of Public Prosecution (DPP).

According to Abudu, “no charge was recorded against Oladeinde in the legal advice.”

The chief magistrate in his judgment said it was no longer necessary keeping Oladeinde in custody because his innocence in the case has been proven.

The magistrate adjourned court proceedings on the case till April 22 for further hearing of the charges against the remaining three suspects.