This was announced in a statement on Wednesday in Abuja by the Director of Information, Federal Ministry of Finance, Salisu Dambatta.

According to the statement, this is thanks to the Recovery Committee set up two weeks ago by the Minister of Finance, Mrs. Kemi Adeosun.

The surpluses are legally classified as a Federal Treasury Revenue.

The Committee immediately swung into action by issuing demand notices to 17 of the initial 33 affected Agencies, out of which it met with 10.

According to the statement, the recoveries, totaling N793 million, were made from the Raw Materials

“So far, the cumulative total amount recovered is N1.44 billion, given the earlier recovery of N650 million from the Nigeria Shippers Council.

“Several other agencies were in the process of submitting repayment plan for approval.

Meanwhile, four agencies that were unable to make it to the meeting due to short notice have been rescheduled to appear before the Recovery Committee.

Recall that the Minister of Finance announced recently that many revenue generating Federal Government agencies have not remitted the operating surpluses from the revenues they generated totaling N450 billion from 2010 to date.

The agencies are required to pay the operating surpluses to the Consolidated Revenue Fund of the Federal Government not later than one month following the statutory deadline for publishing each corporation’s account as provided in the Fiscal Responsibility Commission Act 2007. 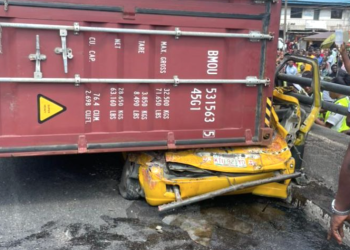