Home » News » Nigerian Pastor who stole €70,000 from church funds turns self in to police in Dublin, Ireland

Nigerian Pastor who stole €70,000 from church funds turns self in to police in Dublin, Ireland 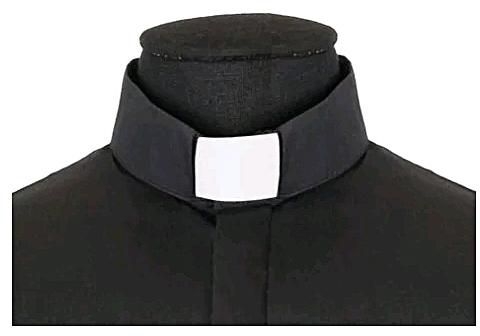 A 56-year-old pastor, Ebenezer Oduntan accused of pilfering over €70,000 from church funds over an eight year period has turned himself in to the police.

According to insiders, Pastor Oduntan voluntarily went to report himself to the Charity Commission which oversees churches; and to the Irish Police possibly compelled by the Holy Spirit and his conscience.

However, a report by RTE, the clergy living in Co Kildare, a county in Ireland appeared at Naas District Court on Thursday after voluntarily turning self in to the Charity Commission and the Police.

Oduntan is facing 39 allegations under Section 4 of the Criminal Justice Theft and Fraud Act 2001 of Ireland dating between 2012 and 2020.

According to the report, at the time of the allegations, Oduntan was pastor of a parish of the Redeemed Christian Church of God, RCCG (City of David) based at Naas Enterprise Park in Naas, Ireland.

Det Sgt Glen Mackessy, on secondment to the Office of the Director of Corporate Enforcement, gave evidence of arrest, charge and caution of Oduntan at Newbridge Garda (Police) Station on Thursday.

The defendant made no comment when the charges were put to him.

The court was told that Oduntan allegedly used the €70,000 for his personal use without consultation or approval.

Judge Desmond Zaidan heard that the church held a number of services a week and had a large membership at one point of up to 100 families.

Oduntan was in control of the church’s finances which came from donations from church members, the court was told.

Meanwhile, the issue took a new twist when defence solicitor David Powderly said his client was disputing the allegations and would be fully protesting his innocence.

The judge ordered that Oduntan must reside at his home address (45 The Close, Curragh Grange, Newbridge), surrender his passport and not apply for any other travel documents.

The case was later adjourned to Naas District Court on 18 November next.