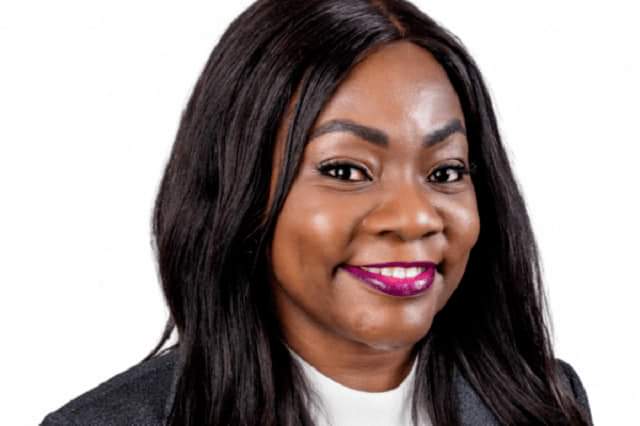 The Agbon kingdom went agog upon receiving the good news that the Nigerian Princess had been elected the first black Mayor in Ireland.

The new Mayor (Cathaoirleach) of Longford Municipal District, is the daughter of the aristocratic King of Agbon Kingdom and Chairman of Niger Cat Construction Company, His Royal Majesty, Mike Omeru, Ogunrime-Rime, Ukori 1.

Delta APC engages in fisticuffs with members in Isoko

Adejinmi’s election was noised abroad, described by Ireland media as a major landmark achievement for African migrants and black women in politics.

It is unarguably a record breaking political reference point in that country.

Meanwhile, Executive Assistant to the Governor of Delta State on Communications and illustrious son of Agbon Kingdom, Fred Latimore Oghenesivbe, said Princess Omeru’s victory at the polls is heartwarming and gratifying in all ramifications.

He noted that Agbon Kingdom is well endowed, known to have produced and still producing prominent politicians and professionals; making waves in public service, corporate world, politics and in the global stage.

Oghenesivbe further posited that the Longford County’s Mayor Elect, has written her name in gold as a grassroot politician and stakeholder in the affairs of Ireland.

“It is a thing of joy that our royal princess, Mrs Uruemu Omeru-Adejinmi, made Africa, Delta state and Agbon Kingdom proud in far away Ireland, raising the stake for black folks in that country.

“Her victory kept tongues wagging, being the first woman of Africa extraction overwhelmingly elected Mayor in Ireland. No African has gone that far in the political history of Ireland municipal elections.

“Congratulations to my Princess and I thank God, for His grace upon her life. I look forward to the day she will be elected Prime Minister of Ireland. With God, all good things are possible.

“I have no doubt in my mind that Urhobo nation cherished her achievements, and we are extremely grateful to God, for honouring Africa, Delta State and Agbon Kingdom via the landslide victory of Princess Mrs Uruemu Omeru-Adejinmi, at the polls.

Princess Uruemu Omeru, is married to Mr. Adejinmi, a Yoruba man. She arrived Longford County in 2003, joined politics and became a local councillor in 2020.

She also served as Executive Officer at the Department of Health. The Agbon Princess holds Master Degree in Business Administration, from Athlone Institute of Technology, Ireland.