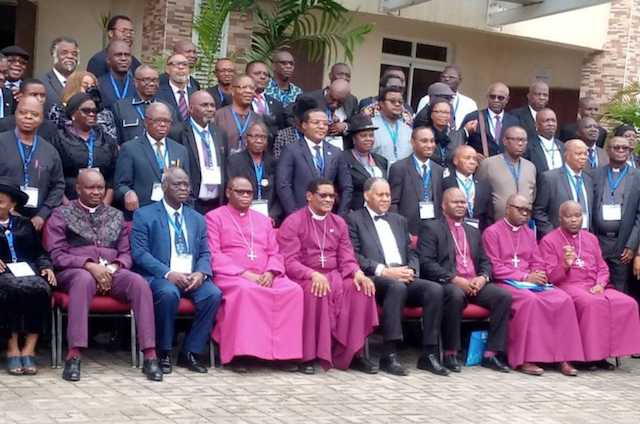 The Anglican Primate of all Nigeria, Most Rev. Henry Ndukuba has said no social class should have dominion over the other in Nigeria, saying that the country belongs to everyone.

TheNewsGuru.com (TNG) reports Ndukuba, also the Metropolitan Archbishop gave the advice in Abuja on Tuesday at the Conference of Chancellors, Registrars and Legal Officers from the Anglican dominion.

Speaking at the conference with the theme: ”Behold, I will do a new thing,” Ndukuba has tasked all eligible Nigerians to ensure that they participate in the 2023 general elections to elect credible leaders for the country.

He said Nigerians must use their votes to elect credible leaders that would turn around things in the county for the better.

He said that the conference was aimed at enhancing the welfare of the citizens through the operation of the church judicial team.

According to Ndukuba, the Church with its members in the judiciary is meeting to consider their role in the church and society.

”There are issues and the team will have to consider better ways on how to work in the communities. It is a time also for fellowship, a time to reconsider, renew and reinvigorate, encourage everyone to be in prayers for the judiciary and country at large,” he said.

The primate urged the legal team to challenge every injustice in society.

“We have encouraged them not to shy away from taking a stand that will work for the good of the people for justice to prevail in our land. They are advised to stand for that which is right in society.

“They have been advised to use their positions to assist, speak and stand for the ordinary citizens. As far as we all are all concerned we are created and called to serve humanity,” he said.

Ndukuba said that there was a need for leaders to be sensitive to things that worry the masses.

He added: “I want to urge lawyers, judges and legislatures to tow the sort of rectitude, the line that will bring peace, build up the life of the nation as we share with one another.

He said lopsidedness in appointments, sharing of resources, employment and utilisation or assigning of duties should be avoided. He said that the yearnings, aspirations and voices of the ordinary citizens should be listened to. The Primate said that the church engaged in all activities in society that will improve the lives of people.