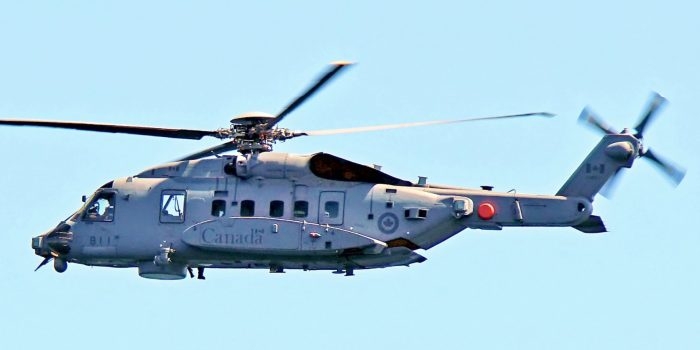 A Canadian Armed Forces member has been left dead and five others missing following a military helicopter crash off of the coast of Greece, Prime Minister Justin Trudeau said in a statement.

“Yesterday, a Royal Canadian Navy helicopter on a NATO mission carrying six members of the Canadian Armed Forces went down with all hands in the Ionian Sea off the coast of Greece.

“They were flying from the Canadian naval frigate HMCS Fredericton – home port of Halifax – as part of Operation REASSURANCE. One casualty was recovered and five are missing”, Trudeau said at a briefing.

According to later information, the lost helicopter was a CH-148 Cyclone, not a Sikorsky CH-124 Sea King.

Defence Minister Harjit Sajjan stated that the cause of the crash remains “unknown”, but that the cockpit voice and flight data recorders have been recovered.

According to reports, the HMCS Fredericton frigate (FFH 337) located the wreckage on Wednesday evening.

Greek authorities were not involved in the search and rescue operation, Militaire.gr said.