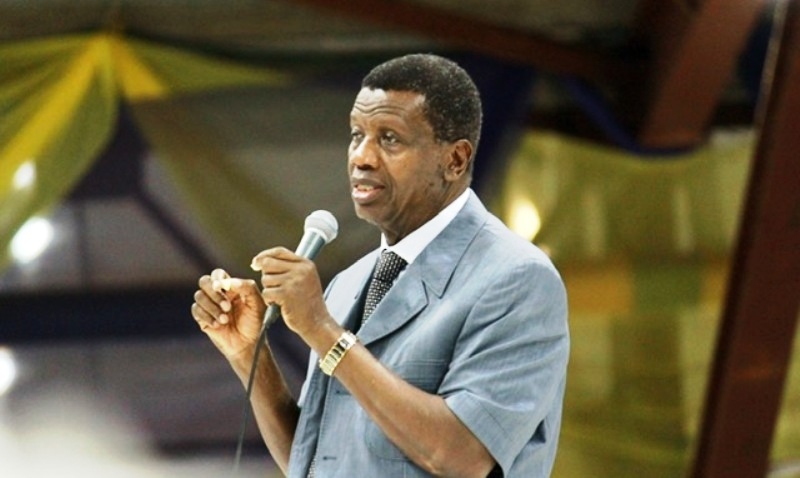 General Overseer of the Redeemed Christian Church of God (RCCG), Pastor Enoch Adeboye has revealed a hilarious encounter he had with an old time girlfriend he narrated he did virtually everything with.

TheNewsGuru.com (TNG) reports Pastor Adeboye, fondly referred to as Daddy G. O., made the revelation in his message during the welcome service, being day 3 of the RCCG Annual Convention 2021 on Wednesday.

Adeboye revealed that when he was yet to give his life to Jesus Christ, he had so many girlfriends, but that there was a particular one he did everything with.

Adeboye cautions transgenders: ‘Desist from your lifestyle…God not an author of confusion’

While the revered man of God did not reveal the identity of the girlfriend nor give details of everything they did together, he narrated a later encounter they had.

Pastor Adeboye narrates: “I told you that before I gave my life to Jesus Christ, I had many, many girlfriends. But among all of them, there was one that I did everything with, and I won’t tell you the details.

“Then, we separated. She went her way; I went my way. We didn’t see for years, and she got married, and I got married.

“In the meantime, I got born again. When I was working at the University of Ilorin, looking after our little church there, in the meantime, they transferred her husband also to Ilorin.

“She had given birth to a child that was born lame. Someone told her there is a pastor up there; take your child to him. If he prays for the child, the child will walk. So, she came to the mission house.

“She saw some people at the veranda, and said I want to see the pastor. They said he is inside. And then she came in and saw me. We greeted. Old flames. How are you? Long time, no see. Where have you been?

“She didn’t know that I have already met the Lord Jesus Christ, that old things have passed away, that all things have become new. And we prayed a simple prayer and the child began to walk”.