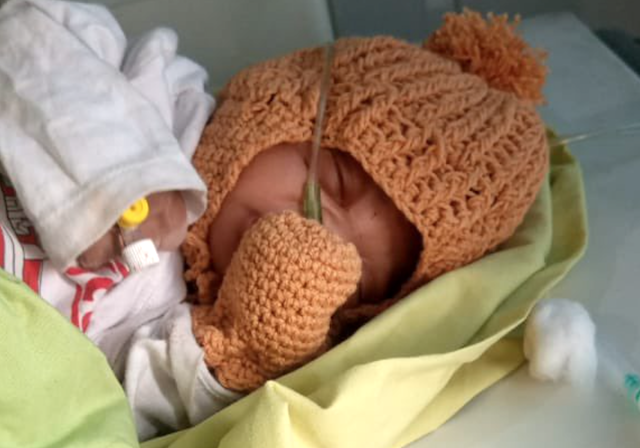 A day-old baby, wrapped in a polythene bag has been retrieved from a dump of waste by officials of the Lagos State Waste Management Authority (LAWMA) while evacuating waste in a street in Ikoyi, Lagos State.

TheNewsGuru.com (TNG) reports that the Police Public Relations Officer (PPRO) in the State, SP Benjamin Hundeyin confirmed the development, disclosing that the baby was retrieved by the LAWMA official on Thursday.

“At about 10 a.m. on Thursday, LAWMA officials went to the Ikoyi police division to file a report on the discovery of the baby.

“The officials reported that they were on their routine duty of moving wastes around the Ikoyi area when they discovered the newly born baby wrapped in a polythene bag.

“A police team led by the Divisional Crime Officer rushed to the scene.

“The baby was rushed to Military Hospital, 81 Division, Dodan Barracks Ikoyi for medical treatment before taking the child to Motherless Baby Home,” he said.

The image maker said that but for the quick detection by the LAWMA officials, the baby would have died. Hundeyin further said that the baby was doing fine, stressing that investigation in the case has begun.

”Infanticide is a crime,” he warned.

SEE PHOTO OF THE BABY BELOW:

A day old baby was found wrapped in a polythene bag in a dustbin. Save for quick detection, baby would have died. Baby is doing fine. Prevent the pregnancy. It’s better than killing the baby. Infanticide is a crime! pic.twitter.com/phhEywwj0f