by Olaotan Falade
in Business News, News
Reading Time: 1 min read
A A
0 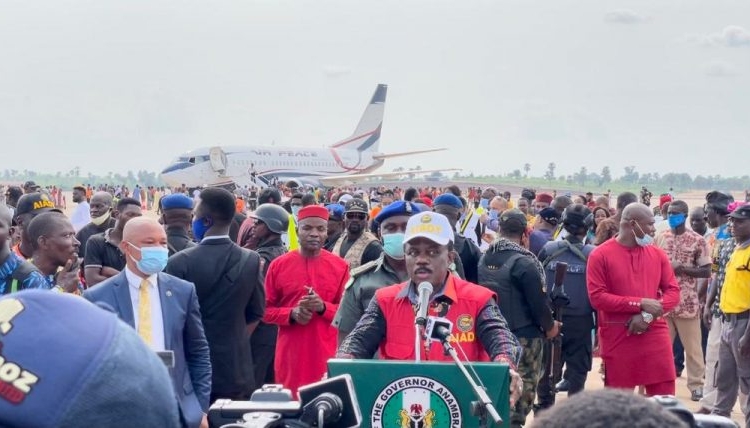 Governor Willie Obiano of the state, who addressed excited Anambra people at the airport, said the state did not borrow a Kobo to construct the airport.

He said that the project began in December 2020, and the landing and other facilities was achieved within 15 months.

“We began this project in January 2020 when COVID-19 was adversely affecting economies of every state, nation and the world over.

“We were able to start and by the grace of God we are here to witness this historic event.” he said.

Obiano who listed facilities already completed, said the airport has the best and longest runway, control tower and lightening system in Africa.

Mr Allen Onyema, Chief Executive Officer, Air Peace Airline, said he was overwhelmed at the standard of the project.

“This Anambra airport is about the best in Africa in terms of the facilities we have here,” he said.

Chief Neville Uchendu, a contractor handling some construction works in the state, said the quality of work done at the airport would stand the test of time.

Mr Lawrence Anikpe, Senior Special Adviser to Obiano on Internally Generated Revenue, said the time the governor started the project was sign that the state was blessed with a prudent manager.