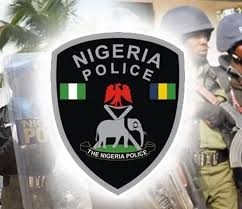 Police spokesman in the state, SP Ahmed Wakil, told the News Agency of Nigeria (NAN) on Saturday in Bauchi that on Oct. 7, a police patrol team sighted the deceased at Sabon Kaura.

He said she was found in a pool of her own blood and had wounds on her head and blood was gushing from her mouth,

“The team took the victim to Abubakar Tafawa Balewa Teaching Hospital (ATBUTH), Bauchi, where a medical doctor certified her dead.

“During the course of investigation, one Hajara Amos, aged 56 years of Bayara Village was identified as the deceased’s mother. She also identified the deceased as her daughter living with her.

Wakil explained that further investigation indicated that Yohanna of Gwallameji Doka, also in Bauchi, was responsible for the homicide.

He added that Yohanna voluntarily confessed to the crime after he was arrested.

“Further investigation revealed that Yohanna and Mrs Amos were in a romantic relationship and is blessed with two children.

“It was further revealed that on the day of the incident Yohanna sighted the deceased emerging from a house and attacked her out of jealousy.

“He challenged her and an argument ensued during which he pushed her and she hit her head on the ground,’’ the spokesman said.

He said the suspect would be arraigned later.

Meanwhile, Yohanna told NAN that he was not prepared to speak on the issue.

“I spoke enough on this issue. I am waiting for the authorities to say something on the matter,’’ he told NAN.