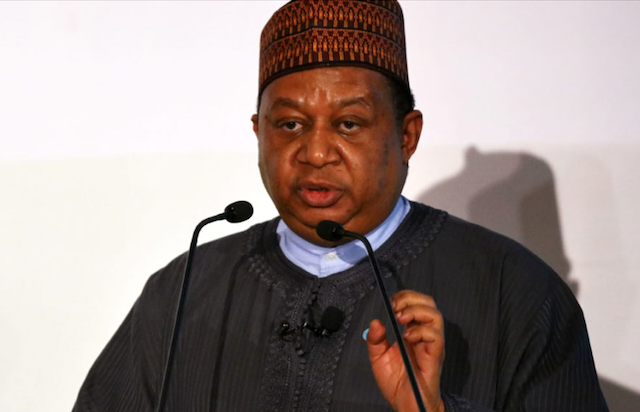 TheNewsGuru.com (TNG) reports President Buhari described the death of Barkindo, who visited him at the State House in Abuja hours before he died, as sad.

In a statement released by Femi Adesina, Special Adviser to the President, Media & Publicity, Buhari prayed God almighty to grant repose to the soul of the departed and comfort to all who mourn.

The President as well conveyed his deepest condolences to the Barkindo family, his colleagues at OPEC, as well as the government and people of Adamawa State.

The statement reads: “The President pays tribute to the remarkable gentleman and enormous national asset, who from his youthful days worked meritoriously in the service of the nation in various national and international capacities, and never stopped being a beacon of light to the country he loved until his last breath.

“The President affirms that Barkindo’s undeniable brilliance and legacies as a dedicated public servant will remain a reference point in the oil and gas industry, international development and the environment sector.

“The President recalls that his profound decency and mien greatly endeared him to Nigerians and other nationals who came in direct contact with him as a young Principal Administrative Officer with the Nigeria Mining Corporation; Special Assistant to the Minister of Mines, Power and Steel as well as Minister of Petroleum Resources; and later in his 24 years of service in the Nigerian National Petroleum Corporation; Nigerian Delegate to OPEC Ministerial Conferences; Nigeria’s Governor for OPEC; and leader of Nigeria’s technical delegations to the climate change negotiations since inception in 1991 that produced the United Nations Framework Convention on Climate Change (UNFCCC) and the Kyoto Protocol to the UNFCCC.

“The President salutes Barkindo’s leadership at OPEC, including during very turbulent times in 2016 and 2020, noting that the Declaration of Cooperation birthed under his watch helped strengthen and consolidate OPEC/non-OPEC cooperation and dialogue.

“President Buhari conveys his deepest condolences to Barkindo family, colleagues at OPEC, as well as the government and people of Adamawa State.

“He prays God almighty to grant repose to the soul of the departed and comfort to all who mourn”.

Buhari will not cancel his trip to Senegal - Presidency