House of Representatives on Tuesday directed the Minister of Transportation, Chief Rotimi Amaechi, and other stakeholders to produce the documents on the $195m waterways security contract awarded to an Israeli security firm within 72 hours.

The Federal Government had approved the contract in October 2017 for waterways security.

It was approved for HLSI Security Systems and Technologies, an Israeli firm.

The contract involves the procurement of security equipment, training of the country’s security operatives, particularly, the Navy, to combat waterways crimes.

Ameachi himself had confirmed in Lagos during the 2017 World Maritime Day, which had the theme, ‘Connecting Ships, Ports and People.’’’

The minister gave details, “When you see the equipment on the waterways, people will know they are safe and secured. Mr. President has kindly approved that, and that is being done through the Nigerian Maritime Administration and Safety Agency.

“In the three years, they will train our Navy, our Army and our Police so that we can stop spending money escorting boats and vessels on our waterways.

“Currently, Maersk told me they spend between $15m and $18m annually to those escorting their vessels from one point to another on our waterways. We should be able to deflate that by next year so that people can do their businesses on our waterways without any fear of being attacked or harassed.

“The Israelis have assured us that after the training of our security operatives, such harassment and attacks on our waterways will not happen again.

“They even said we should hold them accountable if such harassment persists on our waterways after the training. That is one achievement that has happened under our leadership in the maritime sector.”

But the House resolved to probe the contract after up to 10 civil society organisations petitioned Amaechi, warning the Federal Government against proceeding with the contract.

They had observed that such contracts could have security implications for the country by exposing its waterways to foreign hands.

The House Committee on Public Petitions chaired by a member of the Peoples Democratic Party from Abia State, Mr. Uzoma Nkem-Abonta, is investigating the contract.

A session convened at the National Assembly in Abuja to investigate the issue was stalled on Tuesday after lawmakers could not lay their hands on the contract papers.

Expressing the frustration of the committee, Nkem-Abonta stated, “We have been demanding these documents and we have received no responses. This is about the 8th hearing on this issue.

“If the contractual documents and agreements cannot be produced within the next 72hours, we will be forced to close this matter and make our recommendations to the House.”

Another member of the committee from Lagos State, Mr. Rotimi Agunsoye, expressed displeasure over the situation, saying that the House was being taken for granted.

“There is no point giving the stakeholders extra 72 hours since tax payers’ money is involved. We should just close the matter.”

He argued that further giving the stakeholders another 72 hours was a waste of parliamentary time.

However, Nkem-Abonta intervened, urging his colleagues to give Amaechi one last chance with the 72-hour grace.

He added, “Let us still give them the benefit of the doubt; after 72 hours we can close the matter.

“For now, my ruling is that all relevant stakeholders should stay action in all activities pending the outcome of House resolution on the issue.

“We have wasted so much parliamentary time on this issue that we will close the matter immediately after 72 hours.” 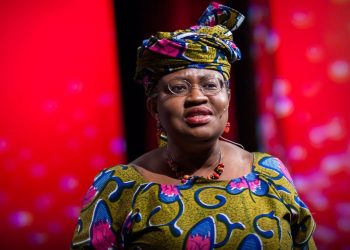