by Femi Ajasa
in News, Nigeria
Reading Time: 2 mins read
A A
0 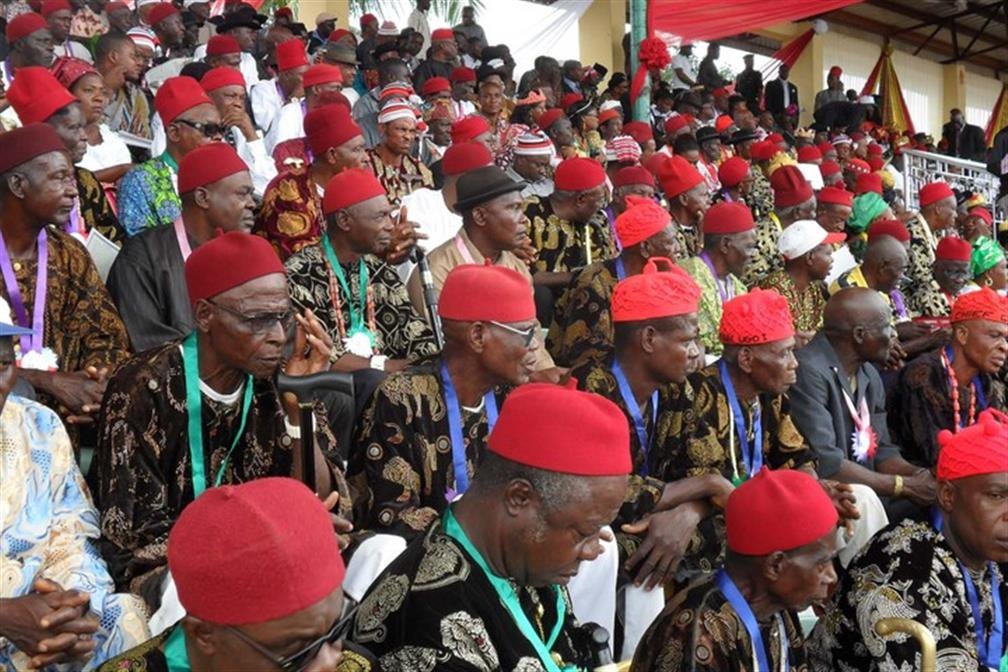 Leaders in South Eastern part of Nigeria has thrown their weight behind former Governor of Central Bank of Nigeria Professor Charles Soludo’s proposition of a six-year single tenure for the country’s President.

He stated this on Monday during the South East Summit on Restructuring Nigeria in Awka, the Anambra State capital.

“The tenure of office of the President shall be a single term of six years,” he said. “There shall be five Vice Presidents. One from each of the six geopolitical zones.”

According to Soludo, the Igbos demand a nation that works in order to give everyone a sense of belonging.

This, he noted, was why some aggrieved members of the Igbo nation were canvassing for seceding from Nigeria.

Despite the different political differences, Soludo believes that the Igbos firmly speak with one voice on the issue of restructuring.

Top on the demands of Ndigbo known for their entrepreneur skills in the country and across the world is the creation of the nation’s constitution and a constitutional conference enacted by the National Assembly.

“A constituent assembly should be constituted to agree on a new constitution for a new Nigeria. Such a constitution, the People’s Constitution should be approved by the people of Nigeria through a referendum to give it legitimacy and validity.”

Soludo’s comments further reawaken the calls for restructuring Africa’s most populous nations made by prominent Nigerians.

The calls for restructuring, with the nation going back to true federalism, gathered momentum late last year with many Nigerians seeking their support for it.

Others include former governors, ex-ministers, House of Representatives members from the zone, top politicians, traditional institutions, the academia, South East professionals and other interest groups, including youth and women organisations.

In the course of the event, security was heavily beefed up around the Alex Ekwueme Square, Awka, Anambra capital, venue where the Ohaneze Ndigbo summit on restructuring was held.

According to reports heavily armed personnel of the Army, Navy, Police and NSCDC were strategically positioned on the adjoining roads to the venue.

Officials of the FRSC were also around Aromma Junction and the Alex Ekwueme Square, to ensure free flow of traffic.

Police anti-bomb units were also stationed in and around the venue, among other proactive measures taken.

It will be recalled that members of the Indigenous People of Biafra (IPOB) had threatened to cause security breach at the event, warning guests to stay away in their own interest.

How Davido performed to crowd of 10,000 fans in unknown South American country, Suriname