by Olaotan Falade
in Business News, News
17
SHARES
424
VIEWS
Share on WhatsAppShare on FacebookShare on TwitterShare on LinkedInShare on TelegramSend as Email
ADVERTISEMENT

Royal Exchange General Insurance Company, (REGIC) has declared that it paid out a total of N2.71 billion as claims settlements to its corporate and individual clients at the end of the 2016 financial year.

Making this disclosure in Lagos, the Managing Director of REGIC, Mr. Benjamin Agili said that his company’s focus is the prompt settlement of genuine insurance claims and this will continue to be the business philosophy of the company in years ahead, adding that the company will continue to support the business community as it strives to increase the manufacturing capacities of industries in the country.

According to Mr. Agili, “Royal Exchange has once again demonstrated its strength and ability to honour its financial obligations and also protect the interest of its various corporate and individual clients, as there is a conscious effort to have a genuine partnership with the clients based on trust and integrity, core values which was instilled by the founders of the company and have continued to drive the operations and strategic directions of the company”.

Speaking further, he said, “For us in Royal Exchange, customer satisfaction is everything. We have an enduring capacity to shoulder our customer’s risk, should they arise and this is further evidence of our financial depth derived from prudent and conservative accounting system, a highly motivated workforce as well as a professionally structured organisation”.

According to the Managing Director, “At Royal Exchange, our core values of relationship, trust, and integrity compel us to always seek ways of optimising our processes to ensure that the customer receives immediate benefit for doing business with us”.

Other classes of insurance with claims payments include Special Risk Insurance policies with N277.11 million paid out as claims, representing 10.1% of toal claims. Claims paid on Engineering Insurnace Policies was N20.08 million and Bond Insurance amounted to N5.27million.

It would be recalled that the company paid close to N4billion to Nigerian Bottling Company for the fire in its Benin plant in 2010 and was the lead insurer in a consortium that paid out over N3.63billion to Friesland Foods West African Milk Company (WAMCO) over the major flood disaster that occurred in its Lagos factory in 2011”. 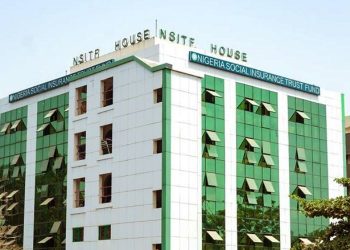