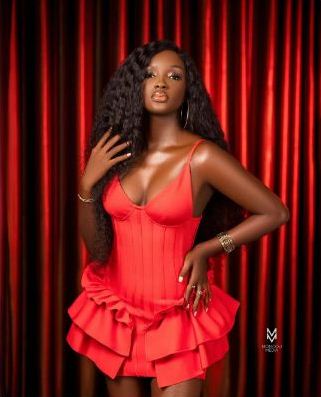 Former BBNaija housemate, Tsakute Ladi Jonah, aka Saskay, has shared how she once attempted cheating in an exam hall, but luck was against her.

A Twitter user had asked tweeps to share their experience on what made them realize that they were going to fail a course after getting the question paper.

Sharing her experience, Saskay revealed that she had once entered an examination hall with 80 leaves full of ‘chokes’ (cheat sheets).

Unluckily for her, none of the answers in her 80 leaves book corresponded with the question.

She revealed that she decided to start taking random answers from her book to assign different questions.

In her words: “In secondary school, I carried a full 80 leaves sheet of ‘chokes’ into the exam hall and none of it corresponded with the questions. I started freestyling and dashing each question anything from my chokes.”

TheNewsGuru.com (TNG) reports that Saskay was among the 26 contestants who participated in Big Brother Naija season 6 (Shine Ya Eye).

Saskay developed a passion for painting and fine arts at a tender age. During her university days, she won awards like Model of the Year and Female Personality of the Year. Have a look at Saskay’s biography to know more about her career and personal life.

The fine artist was born in Michigan Local Government, Adamawa State, in the northern part of Nigeria. She is the last born among her five sisters. She attended Word of Faith Group Schools in Abuja. She later joined Veritas University in Abuja. On 30 January 2021, she obtained a degree in Fine Arts.

The 22-year-old artist has made several paintings, which she displays on her Instagram page, which she created specifically for her arts. The artist is currently focusing on canvas (acrylic) painting. She is also a face painter.

Saskay is also an up-and-coming actress. She recently made her acting debut in a romance-comedy film titled Cake, playing Ifeoma.

The Nigerian model, however, shot into the limelight when she appeared in the reality TV show Big Brother Naija season 6 in 2021. She was among the 26 contestants, although she did not make it to the finale. The show took 72 days, and on day 32, the contestants were given a Supa Komando task where Saskay won the challenge and was crowned as the Supa Komando woman of the BBNaija house.

In addition, she was awarded N2 million and a one-year ambassadorship deal.