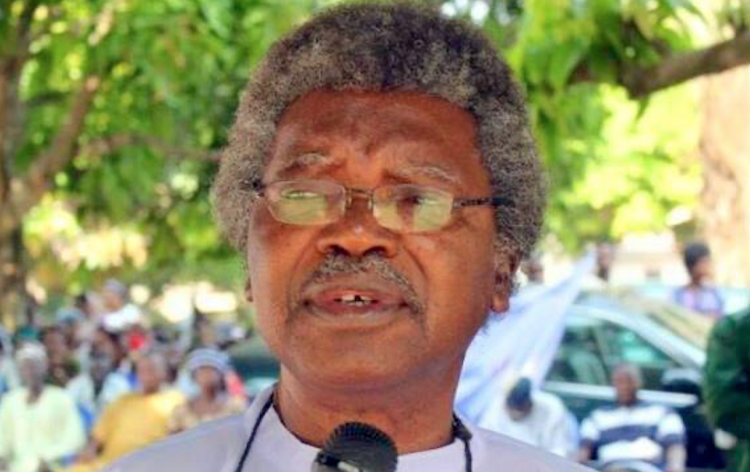 A former Minister of Power and Steel in the Second Republic, Paul Unongo, has died at the age of 87. Unongo, an indigene of Jato Aka in the Kwande Local Government Area of Benue State, died on Tuesday morning in Jos, Plateau State capital.

A close family source confirmed his death to reporters in Makurdi, Benue State.

“Yes Wantaregh Paul Unongo died today Tuesday but I cannot say more than that because I am not authorised to do so. But our family will issue a formal statement on the development,” the source said.

Until his death, Unongo was the chairman of the Governing Council of Nigerian Educational Research Development Council.

In 2017, he succeeded Maitama Sule as the chairman of the Northern Elders’ Forum.

The elder statesman was the pioneer Secretary General of the defunct Nigerian People’s Party (NPP) and an ally of the late Nnamdi Azikiwe.

Meanwhile, President Muhammadu Buhari has mourned the demise of Unongo, saying that the country lost an elder statesman.

The president made the pronouncement in a condolence message issued by his media aide, Malam Garba Shehu, in Abuja.

A former Chairman of the Northern Elders Forum and former Minister of Steel Development in the Second Republic, Unongo held several political positions and was involved in Constitutional conferences.

In a tribute, Buhari acknowledged the close relationship he had with the deceased, stating that “in all the positions he held as a politician and public officer, he displayed a high level of decorum.

“He was a colossus in public life, very articulate and witty. He served his community and the nation well.

“My deepest condolences to the bereaved family and the government and people of Benue,’’ Shehu quoted the president as saying.

Unongo, who hailed from Jato Aka in the Kwande Local Government Area of Benue, died in Jos on Tuesday at the age of 87 years.

He aspired to govern Benue in 1983, but lost to Mr Aper Aku also of blessed memory. In 2017, Unongo succeeded late Alhaji Maitama Sule as the chairman of the Northern Elders Forum.