The umbrella body for security experts and professionals in the country gave this reprimand in a press conference on Friday in Abuja.

According to the group led by its President, Anthony Egwu, the remarks made by the former Vice-president is highly “misleading and lacking in depth and purpose, laced with mischief, ignorance, and a clear case of playing to the gallery.”

The motive of the PDP chieftain the group alleged was to cast aspersion on the commitment of the COAS in the fight against Boko Haram/ISWAP terrorist in Nigeria and on the fringes of the Lake Chad region.

The security stakeholder, therefore, considered Atiku as a “security threat with his actions and inactions since after the general elections and therefore the relevant security agencies should be on the alert.”

The group, however, advised the Adamawa-born politician to henceforth desist from making ignorant remarks about the Nigerian military.

“The pertinent issue today is the call by Alhaji Atiku Abubakar for the Chief of Army Staff, Lt Gen. Tukur Yusufu Buratai to relocate permanently to Borno state in an attempt to coordinate the fight against insurgency better. He also stated that the Chief of Defence Staff should have an annex office in Zamfara state, instead of sitting in their comfort zones in Abuja,” the statement reads.

“The League of Security Experts and Professionals wishes to state that the curriculum vitae of Alhaji Atiku Abubakar puts him in the lowest rungs of the ladder to contribute on military strategies in Nigeria for undeniable reasons. If indeed he chooses to air his opinion on national issues as expected, he should be guided by the need for decorum and respect for facts and the sensibilities of others at all times.

“The League of Security Experts and Professionals would state in unequivocal terms that the statement credited to Alhaji Atiku Abubakar is a direct affront to the efforts of the Nigerian military in the fight against terrorism in Nigeria and other parts of the country.

“ This is especially so as there have been no efforts whatsoever by Alhaji Atiku Abubakar towards contributing positively to sustainable peace in Nigeria, either while he held sway in office as Vice President and otherwise.

“ For the records, the League of Security Experts and Professionals is aware that the Chief of Army Staff and other top commanders of the Nigerian Army have been in the trenches in the past weeks supervising military operations.

“ As a critical stakeholder in the security sector in Nigeria, the League of Security Experts and Professionals is also aware of the gains recorded by the Nigerian military in North East Nigeria, particularly around the Lake Chad basin region.

“ The efforts of the Nigerian military in its operations in other parts of the country is also worthy of mention, which Alhaji Atiku Abubakar would not see or admit.

“ It is, therefore, pertinent to state that Alhaji Atiku Abubakar should desist from commenting on how the Nigerian military should implement its war strategies and he should be bold enough to visit the Nigerian troops in the trenches for first-hand war experience.

“ It must also be expressly stated that the business of security is not for entertainers and political jobbers that thrive by creating sensational headlines for newspapers. It is a job for the strong in spirit. And those with the interest of the country at heart. However, it is on record that the actions of Alhaji Atiku Abubakar have never been in the interest of Nigeria from time immemorial in his days in the Nigerian Customs Service.

“ The League of Security Experts and Professionals wishes to advise Alhaji Atiku Abubakar to call home his ignorance on the operations of the Nigerian military and stop misleading the members of the unsuspecting general public.” 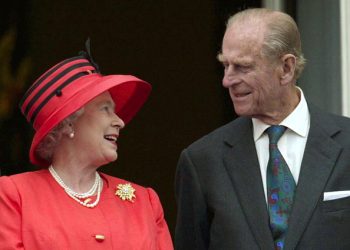 Herdsmen: I’m a warrior, I can still roll out one million Yoruba for battle – Gani Adams