Home » News » See list of Celebrities, Athletes and Politicians Who Have Tested Positive for Coronavirus

See list of Celebrities, Athletes and Politicians Who Have Tested Positive for Coronavirus 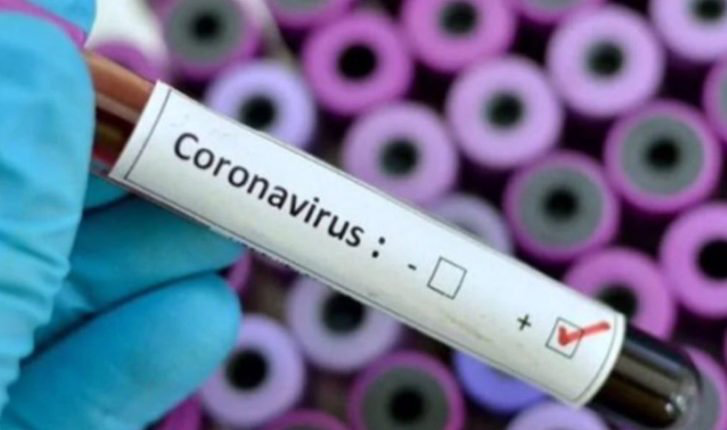 As the new coronavirus continues to spread around the globe, famous actors, athletes and politicians have tested positive for the virus.

By going public with their diagnoses, they have helped put a face to the virus. Many have shared the news via social media and news conferences, while providing regular updates on their symptoms and conditions.

Here’s a roundup of public figures who have announced that they have the virus.

The actor Idris Elba announced that he had the new coronavirus: “I’m doing OK.”Credit…Joyce Kim for The New York Times

Idris Elba: The actor posted a video on social media on March 16 to announce that he had the coronavirus. “Listen, I’m doing OK,” he said in the video, appearing with his wife, Sabrina. “I didn’t have any symptoms,” he added.

Mr. Elba, who played Stringer Bell on “The Wire” and Heimdall in the “Avengers” and “Thor” movies, said he got tested because he had been exposed to someone who had tested positive. “I will keep you updated as how I’m doing. So far, we’re doing OK,” said Mr. Elba, 47.

Tom Hanks and Rita Wilson: The Academy Award-winning actor and his wife, Ms. Wilson, both 63, said in a statement on March 11 that they were in Australia and had the coronavirus. Mr. Hanks was set to film a movie there about the life of Elvis Presley.

“We felt a bit tired, like we had colds, and some body aches,” Mr. Hanks said in the statement, which was also posted on Instagram. “Rita had some chills that came and went. Slight fevers, too. To play things right, as is needed in the world right now, we were tested for the coronavirus, and were found to be positive.”

Days later, they posted another update, saying that they were “taking it one day at a time.” Their son Chet Hanks said in a video that they had been released from a hospital and were in self-isolation.

Rachel Matthews: The actress, who was the voice of Honeymaren in “Frozen II,” said on Instagram on March 16 that she had tested positive and had been in quarantine for the previous week. “I’m feeling better,” she said. She listed her symptoms for the past seven days, beginning with a sore throat and fatigue on the first day to shortness of breath and loss of appetite more recently. “Rest, drink lots of liquids and self-quarantine,” she said.

Kristofer Hivju: The “Games of Thrones” actor said in an Instagram post on March 16 that he had tested positive for the virus and that he, along with his family, was in isolation. “We are in good health — I only have mild symptoms of a cold,” Mr. Hivju, 41, said. He urged people to take precautions and to distance themselves from others. “Together we can fight this virus and avert a crisis at our hospitals,” he said.

Olga Kurylenko: The actress, perhaps best known for her role in the 2008 James Bond film “Quantum of Solace” and the “Magic City” television series, said on Instagram on March 15 that she had tested positive for the virus. “I’ve actually been ill for almost a week now,” Ms. Kurylenko said. “Fever and fatigue are my main symptoms.”

In a follow-up post, Ms. Kurylenko, 40, described how her fever had risen and said she was unsure how she might have contracted the virus. “Impossible to know,” she said. “It could be anywhere. I could have touched a taxi handle and gotten it from there.

Daniel Dae Kim: The actor, best known for his roles on the television shows “Lost” and “Hawaii Five-0,” said in video that he posted to his Instagram account on March 19 that he had tested positive for Covid-19, the disease caused by the coronavirus.

Mr. Kim, 51, said that he was in New York shooting “New Amsterdam,” an NBC medical drama in which he plays a doctor who is recruited by a hospital to help patients during a pandemic, when the coronavirus outbreak halted the production. He returned home to Hawaii, where he said he was tested at a drive-through facility.

In the video, Mr. Kim said the “senseless violence and prejudice against Asian people” over the coronavirus should stop. “Yes, I’m Asian and yes I have coronavirus,” he said, “but I did not get it from China. I got it in America, in New York City.”

Andy Cohen: The creator of the “Real Housewives” reality show franchise and host of Bravo TV’s late night talk show “Watch What Happens Live” said in an Instagram post on March 20 that he had tested positive for the coronavirus.

“As much as I felt like I could push through whatever I was feeling to do #WWHL from home, we’re putting a pin in that for now so I can focus on getting better,” Mr. Cohen wrote.

Colton Underwood: The leading man on Season 23 of the ABC reality show “The Bachelor” and former NFL football player said in an Instagram post on March 20 that he had tested positive for the coronavirus.

“I want to let you guys know, I’m 28, I consider myself pretty healthy, I work out regularly, I eat healthy and I became symptomatic a few days ago,” Mr. Underwood said in a video.

Mr. Underwood said he could not walk up a flight of stairs without being out of breath and that he was exhausted. “The reason I am sharing this is not to cause fear or panic,’’ he said, “but to hopefully encourage you guys to stay at home.”

Callum Hudson-Odoi, right, of Chelsea F.C., said he had recovered but was still isolating himself from others.Credit…Paul Childs/Action Images, via Reuters

Kevin Durant: On March 17, the Brooklyn Nets announced that four of their players had tested positive for the coronavirus, but did not name them. Mr. Durant, one of the biggest stars in the N.B.A., told The Athletic that he was one of those players. “Everyone be careful, take care of yourself and quarantine,” he said. “We’re going to get through this.”

Callum Hudson-Odoi: The Chelsea Football Club player, who tested positive for the virus, said on Instagram that he had recovered but was still following health guidelines including isolating himself from others. “I’m feeling good and hope to see you all soon,” he captioned a video. Days later, Mr. Hudson-Odoi, 19, shared several videos of himself cycling indoors with the caption, “Stay home, but find a way to work.”

Rudy Gobert and Donovan Mitchell: The Utah Jazz stars became the first NBA players to test positive for the virus, helping push the league to freeze its season. Mr. Gobert, 27, apologized for making light of the health crisis before his diagnosis — he pointedly touched the microphones and recording devices in front of him on his way out of a March 9 news conference. “I was careless and make no excuses,” he said in a post on Instagram.

Mr. Mitchell told “Good Morning America” that he was feeling “fine” and that he was not showing symptoms. The test for the virus, he said, was unpleasant and made him cry. In a post on Instagram, the 23-year-old said he hoped that everyone continues to educate themselves and “realize that they need to behave responsibly both for their own health and for the well-being of those around them.”

Sean Payton: The New Orleans Saints coach told ESPN that he tested positive for the coronavirus on March 19. Mr. Payton said he did not experience fever as a symptom.

“If people understand the curve, and understand the bump, we can easily work together as a country to reduce it,” Mr. Payton, 56, told ESPN. “Take a minute to understand what the experts are saying. It’s not complicated to do what they’re asking of us.”

Sophie Grégoire Trudeau, wife of Prime Minister Justin Trudeau of Canada, tested positive for the coronavirus. Mr. Trudeau has shown no symptoms and has not been tested.Credit…Stephane Mahe/Reuters

Francis Suarez: On March 13, the mayor of Miami confirmed that he had tested positive for the coronavirus. “I feel completely healthy and strong,” he said in a video message. Mr. Suarez said he would remain in isolation while he governed the city remotely. In disclosing the diagnosis, Mr. Suarez became one of the first U.S. elected officials to announce he had the coronavirus.

In his daily video updates, Mr. Suarez, 42, described having a mix of symptoms including congestion, aches and cold sweats. He said he self-quarantined after coming in close contact with a top adviser to President Jair Bolsonaro of Brazil who later said he had the coronavirus.

Sophie Grégoire Trudeau: The wife of Prime Minister Justin Trudeau of Canada tested positive for the virus. “She is feeling well, is taking all the recommended precautions and her symptoms remain mild,” the prime minister’s office said in a statement on March 12. Mr. Trudeau, who has shown no symptoms and has not been tested, said that the family would be in isolation and that he would work from his home in Ottawa for 14 days.

Prince Albert II of Monaco: The prince tested positive for Covid-19 and was being closely monitored by physicians and specialists, according a statement from his office on March 19. Prince Albert, 62, appeared to be the first head of state to announce that he had contracted the virus. The prince’s health “poses no concern,” his office said, adding that he would continue to work in his private apartments.