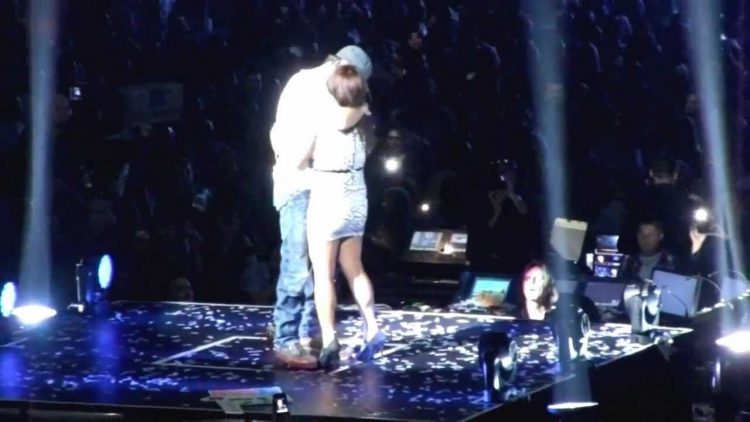 Enrique Iglesias recently delighted one of his fans at his concert in Ukraine with a passionate kiss.

The Spanish singer, 43, was performing his popular tunes in Kiev, when a woman jumped up on stage and the two began locking lips in front of the audience.

The excited woman couldn’t believe her luck and tried to make the most of the encounter as she whipped out her phone to take a selfie with the Hero singer. Enrique then cheekily plastered another kiss on the woman before he tried to lead her back to the crowds, but she wouldn’t go just yet and she quickly took out a poster for him to sign.
Thereafter they kissed again wrapping her legs around him as they enjoy another quick smooch session before she returned to her former spot.

This is not the first time a female fan will  kiss Enrique Iglesias. The last time a woman jumped on stage and threw herself on Enrique, his security quickly climbed on stage to get her off but the singer stopped them and gave the female fan a good squeeze. 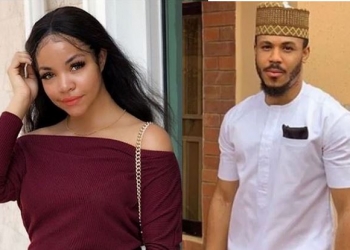 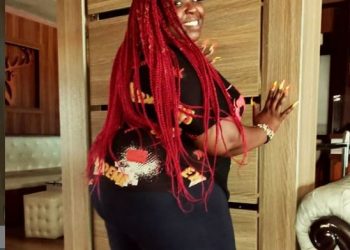 Why I can date my fan-Mama Ajasco