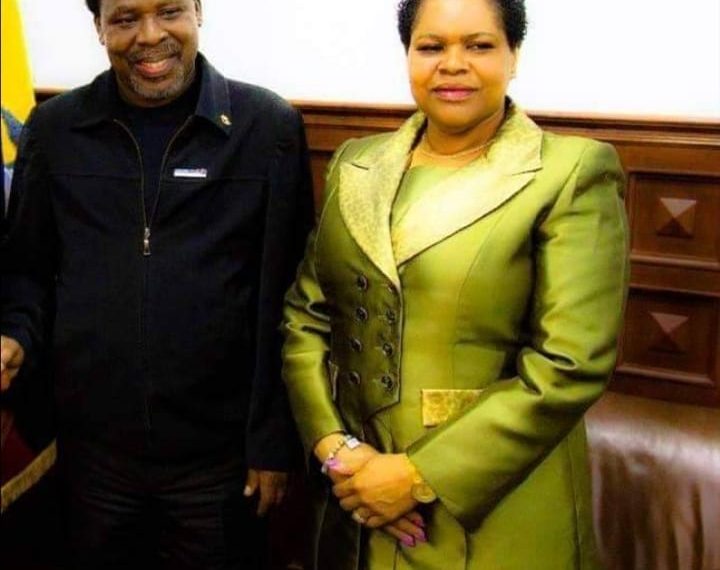 A Federal High Court sitting in Lagos has approved the appointment of Mrs Evelyn Joshua as a trustee of the Synagogue Church Of All Nations (SCOAN).

TheNewsGuru.com, TNG gathered that Justice Tijjani Ringim gave the approval on Thursday while ruling on a petition by some concerned members of the church, especially Kola Kareem and Moji Oguntoyinbo, who filed for themselves and on behalf of all the members of SCOAN.

In the petition, they urged the court to appoint the widow of the founder of the church as a member of the trustees, in line with the constitution of the church which prescribes a minimum of three trustees for SCOAN.

The petitioners claimed that their petition followed the sudden demise of the late General Overseer of SCOAN, fondly called Prophet T. B. Joshua, who was also a church trustee.

“In the circumstances, it became imperative for an additional trustee to be appointed to fill the vacancy created by the untimely death of the deceased founder,” they maintained.

The members instituted the suit against the Incorporated Trustees of SCOAN, the Corporate Affairs Commission (CAC), and Mrs Evelyn Joshua.

They were represented in court by Emeka Ekweozor, while Ossazu Owie represented the first and second respondents.

Another counsel, O.N. Chukwu appeared for the CAC.

All the respondents, through their lawyers, informed the court that they were not opposed to the petition filed under Section 839 (6) (B) of the Companies and Allied matters Act (CAMA) 2020 (as Amended).

With no objections from the respondents, the court wasted no time in granting the approval and the expectation is that the move will provide further clarity on the leadership succession in the church.

TNG reports that late Prophet T.B. Joshua died in June few days to his 58th birthday. He was buried in the church premises in July, a month after his passing.