A teenager, Ifeoluwa Dodo, who allegedly shot a man dead, on Tuesday appeared in an Ebute Meta Chief Magistrates’ Court in Lagos State, on charges of murder and conspiracy to commit murder.
The police arraigned Dodo, 19, before Chief Magistrate Tolu Agbona, who  did not take the defendant’s plea.
Agbona ordered that the teenager should be kept in the Ikoyi Prison pending  advice from the state director of public prosecutions.
He adjourned the case until Sept. 3 for mention.

Insp. Jimah Iseghede, who is prosecuting the case,  alleged that the teenager  committed the offences on Feb. 15, at Odo Eran in Bariga, Lagos State.
Iseghede told the court that the defendant conspired with others at large and used a locally-made pistol to shoot one Mr Yusuf Onifade on the head, in contravention  of  Sections 223 and 233 of the Criminal Law of Lagos State, 2015.
The News Agency of Nigeria (NAN) reports that Section 223 provides for death sentence for murder. 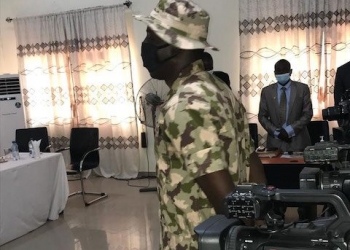 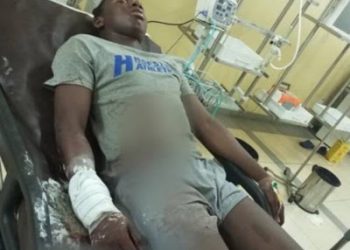