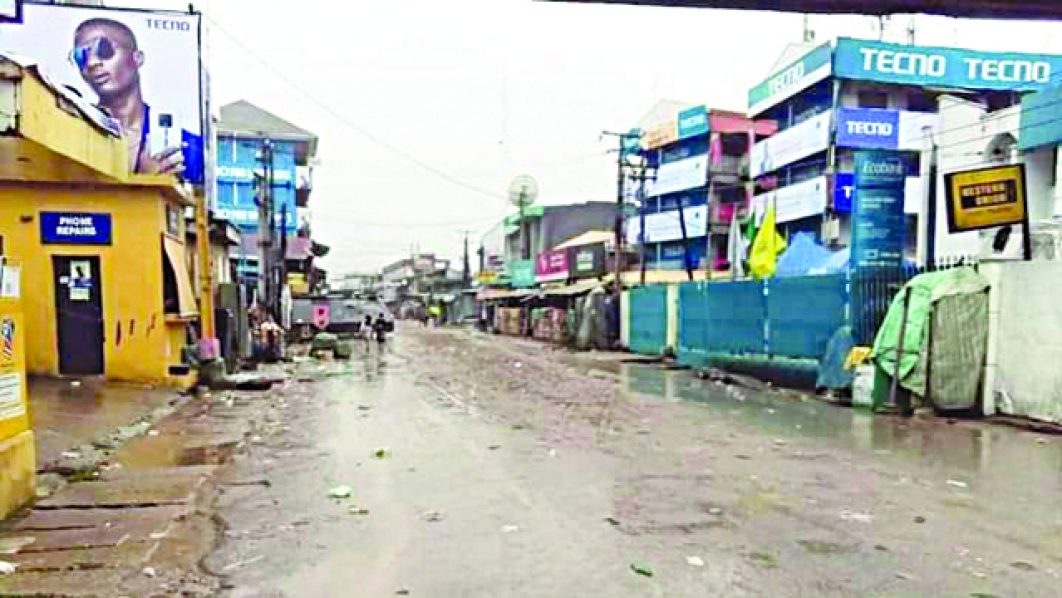 Many parts of South Eastern Nigeria and Delta State in the South-South have been gripped with new tension as a sit-at-home order by IPOB is taking effect.

TheNewsGuru.com notes that the order took a different dimension in Owerri, Imo State as residents and traders scampered for safety out of fear of attack by suspected gunmen.

There was also apprehension in Asaba, the Delta state capital and its environs as parents trooped to schools to pick up their children as members of the proscribed Indigenous People of Biafra allegedly entered the city to enforce the sit-at-home order.

Further information revealed that the situation generated anxiety among commercial bus drivers and some residents who were out shopping as they had to take to their heels when unsubstantiated rumours started flying.

Our correspondent gathered that the rumour of the attack came when some markets such as Eke Ukwu, Owerri, and Relief Shops in the Imo state capital, amongst others that earlier opened for business were abruptly closed with residents not knowing the full reason for the development.

Traders on the streets of Owerri and Ekeukwu were said to have deserted their goods and others immediately closed their shops and returned to their residence while others just waited around with faces glued to the road against sudden attacks by suspected members of IPOB.

While a good number of traders sustained injuries in the course of running for safety, others had their goods destroyed, TheNewsGuru.com authoritatively gathered.

ALSO READ: IPOB announces May 18, 26 as sit-at-home to mark Kanu’s appearance in court

When contacted, the Imo state Police Public Relations Officer, Michael Abattam, said the command was investigating the cause of the stampede.

Our correspondent also observed the development in Delta State happened around 9.30 am as school authorities had to call parents to come pick up their children.

It was gathered that IPOB members allegedly entered schools in the Okwe area of Asaba and chased out school children and their teachers.

At the popular Ogbogonogo market in Asaba, business activities were said to have been paralyzed in the early hours of the day as traders stayed away from their shops.

It was observed that most of the shops were not open for business until noon when traders were seen milling around, observing the situation so as not to be caught unexpectedly by the hoodlums.

It was also gathered that unknown gunmen shot indiscriminately at Bonsaac which allegedly led to the death of one person, thereby creating apprehension in the state.

When contacted, the Delta state Police Public Relations Officer, Bright Edafe, said he was not aware of any killing even as he informed that the command had drafted personnel to every nook and cranny of the state to provide security for the people.