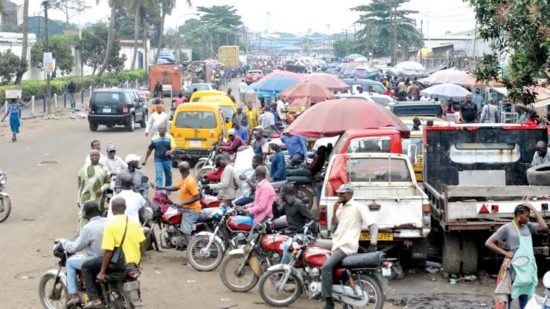 There was pandemonium on Tuesday at the popular Ladipo Market in Lagos after operatives of Nigerian Air Force (NAF) clashed with some touts in the area.

According to reports of three persons were feared killed and many others injured.

The three persons were said to have been hit by stray bullets around midday.

Although the cause of the clash was yet to be ascertained, however eyewitness said the NAF officials had a disagreement with some of the touts who charge a fee for parking.

It was gathered as the scuffle got heated, the operatives fired sporadic gunshots to scare the touts but the bullets hit three people who were not connected to the fight.

In no time, the issue degenerated leTotading to the setting ablaze of the Toyota Hilux vehicle the operatives rode in.

Traders at the popular Paramo section of the market were said to have scampered to safety, which caused a stampede.

At the time of this report, more troops have been deployed to the market to restore normalcy.