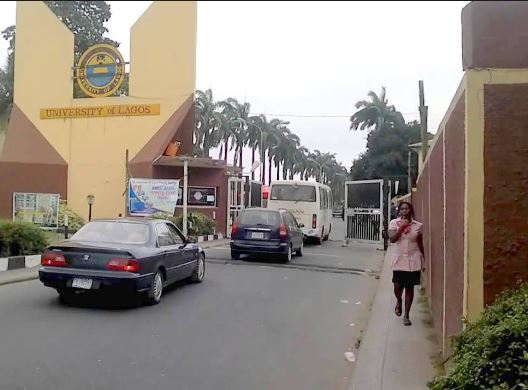 Men are also victims of sexual harassment – US envoy

1.1k
The Management of the University of Lagos (UNILAG) has approved the dismissal of two of its lecturers, over what it described as ‘poor moral conduct’.
The lecturers were Dr. Boniface Igbeneghu of the Department of European Languages and Integration Studies, Faculty of Arts, who was caught by an undercover reporter of the British Broadcasting Corporation (BBC) in October 2019.
The other lecturer was Dr Samuel Omoniyi Oladipo of the Department of Economics, Faculty of Social Sciences.
This is contained in a statement by the institution’s Principal Assistant Registrar, Corporate Affairs, Mrs Nonye Oguama and issued to newsmen on Wednesday in Lagos.
TheNewsGuru.com, TNG reports that the institution had in 2019, suspended Igbeneghu who was caught on film propositioning and sexually harassing an undercover BBC reporter.
Igbeneghu, also a pastor, was equally condemned by his church.

He was one of several academics in some tertiary institutions in Africa  secretly filmed, as part of a long investigation by the BBC Africa Eye.

”The Governing Council of the university of Lagos, at its meeting on Monday, May 31, approved the immediate dismissal of Dr Igbeneghu.

”It also approved the dismissal of Dr Samuel Omoniyi Oladipo of the Department of Economics, Faculty of Social Sciences, from the services of the institution.

”It considered the report and findings of the Senate Committee set up to investigate allegations of sexual harassment levelled against them, in a BBC World Service Investigative Series titled AFRICA EYE (which centred on sexual harassment in tertiary institutions).

”The council consequently decided and approved that both Dr. Igbeneghu and Dr. Oladipo be dismissed from the services of the university for misconduct, with effect from Monday, May 31, in line with section 18 of the University of Lagos Act 1967,” it said.

The statement further said that council had also directed that the management should review the sexual harassment policy, as may be neccesary and institute effective strategies to prevent future occurrence.

Speaking on the development, the Vice Chancellor of the university, Prof. Oluwatoyin Ogundipe said that the university would not cover up any indecent behaviour.

He said that management would not hesitate to follow and apply the law.

The vice chancellor pledged management’s commitment to protect all the students, as well as provide a level playing field for them to exercise their right.