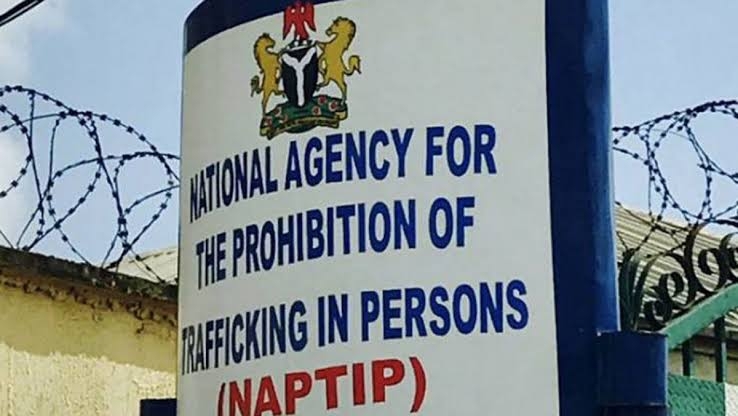 Waziri-Azi disclosed this on Thursday in Benin at a meeting she held with stakeholders and partners of the agency in Edo.

She explained that this was because 83 per cent of trafficking in Nigeria happened within states, within communities, across state lines, adding that only 12 per cent accounts for trans-border trafficking.

“Simply because the media spotlight on people in Italy and all that, we think we have more of trans-border trafficking.

“No. Internal trafficking is happening before our eyes. Domestic servitude is a crisis in Nigeria, forced labour too.

“Human trafficking is, therefore, a national crisis. Every state is affected, though each state has its own peculiarity”, she said.

Waziri-Azi urged the participants to focus on is sensitisation.

“Gone are the days when we think human trafficking is offline, it’s now online. So we have increase in fake jobs advertorials and fake scholarships.

“These are the modern trends human traffickers use in luring their victims, with Dubai, India and Cyprus the trending destinations, ” she said.

She explained that this was because there were two sides to the crime, as there were the professional criminals enterprise who trafficked people for the sole purpose of killing them and harvesting their organs.

She added that this was because there was at present a global shortage of organs for transplant.

She disclosed that the flip side of human trafficking was recruiters who actively target vulnerable communities to recruit their victims.

Waziri-Azi, however, said that some Nigerians fell prey to the human traffickers because of misinformation and disinformation.

She called for a robust continued synergy among all stakeholders to stem the tide of human trafficking.

Earlier, Mr Nduka Nwanwenne, Zonal Commander, Benin Zonal Command, in his opening remarks, disclosed that since the creation of the zonal command, no fewer than 774 suspected human traffickers had been arrested in the zone.

He also said that the zone had secured 80 convictions of arraigned human traffickers since the creation of the zone.

Nwanwenne noted that partnership was key element in the fight against human trafficking.

He pledged to continue to carry out the mandate of the agency with support from stakeholders.

“We can change the narrative on human trafficking”, he pointed out.