We have settled with soldiers – Ondo Amotekun Commander, Adetunji 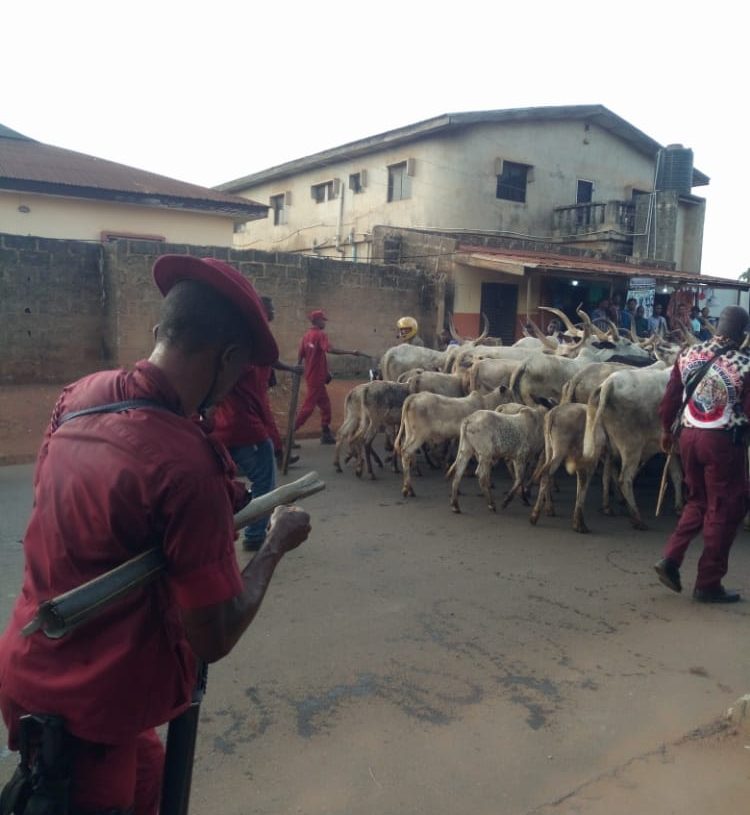 The commander of Amotekun corps in Ondo state, Akogun Adetunji Adeleye has disclosed that what happened between his men and soldiers wasn’t a clash of interest but mere argument which has since  been resolved.

TheNewsGuru.com reports that operatives of Amotekun and Soldiers from  32  Artillery Brigade in Akure  clashed over seizure of 100 cows belonging to the superiors of the soldiers.

The residents of the area were said to be running for safety when they saw the men of the two security agencies arguing, while some cows were said to have been arrested by the Amotekun Corps for allegedly violating the state anti-open grazing law.

JUST IN: Suspects in connection with Owo church attack arrested

Amotekun, Soldiers clash in Ondo state over seizure of cows

Upon interrogation ,the commander of Amotekun corps, Akogun Adeleye said it was a minor argument, which had since been resolved.

He said, “It is a lie, we didn’t have any clash with soldiers. There was no issue between us, there was a minor argument and we have resolved it. Saying we are clashing with each other is not true.

Meanwhile, one of the residents of the area, who identified himself as Ademola, narrated that the soldiers and some Amotekun Corps members were seen arguing and the argument was suspected to be over some arrested cows.

“We saw both soldiers and Amotekun people arguing, we suspect they were arguing on some cows which we believed were seized by the Amotekun Corps. When people saw them, everybody was running here and there.  But later they left our area,” Ademola stated.

BREAKING: Delta CoS, 9 commissioners resign ahead of 2023 elections