by Ediri Oyibo
in News, Top Story
Reading Time: 4 mins read
A A
0 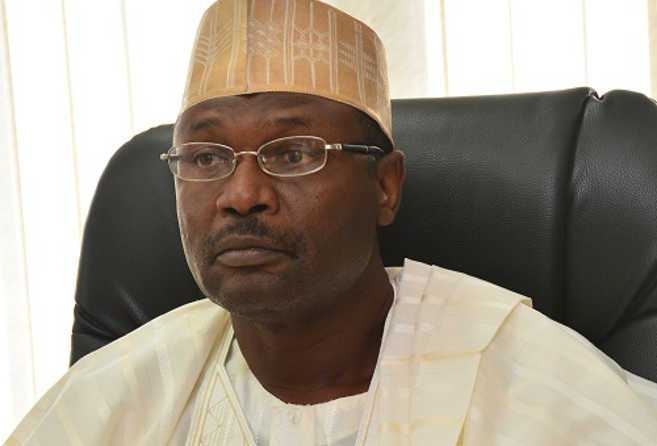 TheNewsGuru.com (TNG) reports Prof Yakubu gave the charge on Wednesday while assuring Nigerians that all the winners in the 2023 General Election will be decided by eligible voters.

Yakubu affirmed that the innovations introduced by the Commission in the last three years were intended to improve the electoral process just as he pledged that more will be done to consolidate recent achievements and ensure that votes count in all elections.

The INEC Chairman was speaking while delivering a keynote address at the 4th Abubakar Momoh Memorial Lecture with the theme, “Electoral Act 2022: Imperatives for Political Parties and the 2023 General Election”, held at The Electoral Institute (TEI), Abuja.

Represented by the Chairman of the Board of the TEI and National Commissioner, Prof Abdullahi Abdu Zuru, Prof. Yakubu tasked chairmen and members of political parties to study the provisions of the New Electoral Act passed into law by President Muhammadu Buhari in February 2022.

He tasked the political parties to be committed to ensuring that the 2023 General election is devoid of deliberate infractions to the Electoral Act, by allowing the electoral process to run smoothly, engender a rich democratic culture and produce an acceptable election outcome.

On the need for political parties to understand the provisions of the new Electoral Act, Prof. Yakubu said, “as the 2023 general election draws near, it is imperative for all stakeholders, especially the political parties, to note the major features introduced by the new Electoral Act 2022 and the possible implications of these changes on the upcoming elections. The happenings that accompanied the recent party primaries attest to this”.

He added: “These changes include amongst others, the conduct of early party primaries by political parties, technological changes in the electoral process, the Commission’s power to review the decision of a Returning Officer and overvoting based on the number of accredited voters. These initiatives, as contained in the law, served as the bedrock for the reviewed Regulations and Guidelines for the Conduct of Elections, released by the Commission earlier this year. This in turn dictated the review of the Manual for Election Officials (2022)”.

Speaking on the legal backing the new Electoral Act gives INEC’s technological innovations, the INEC Chairman said; “Let me draw your attention to the fact that the use of electronic devices, such as the Bimodal Voter Accreditation System (BVAS), INEC Voter Enrolment Device (IVED), INEC Result Viewing Portal (IRev) and other technological devices, are now legally allowed in the accreditation process for voters, collation of results and in the general conduct of elections”.

He continued: “Please be assured that these innovations are intended to deepen the use of technology in the electoral process in our country and their optimal performance in the just concluded governorship elections in Ekiti and Osun States is an eloquent testimony to their electoral value. We shall do more to consolidate their deployment in our elections. Once again, I wish to assure you that INEC has no preferred party or candidate. We shall ensure that valid votes count and the winners are decided solely by the voters.”

The INEC Chairman said the Commission was determined to apply the provisions of the new Electoral Act in its resolve to conduct a free, fair, credible, inclusive, and transparent general election in February and March 2023, without fear or favour.

He explained that the Prof. Abubakar Momoh Memorial Lecture was a platform established by the Commission to project the ideals of a social activist and an advocate of citizens’ involvement in elections and nation building.

In his welcome remarks, the Director General (DG) of TEI, Dr. Sa’ad Umar Idris, said the theme of the lecture was carefully chosen considering the necessity and requirements for conducting the 2023 General Elections under a new law and its implications for not only the Commission, but the 18 Political Parties that will be fielding candidates for the various elective offices in the General Electionin particular.

Dr. Idris said: “the unfortunate preponderance of many legal cases arising even from the pre-election period up till after the conduct of the elections, indeed have at many times brought a lot of challenges to the electoral process and our country’s political development at large.

“It is hoped that with this lecture and training for party executives, due influence can be brought to bear and reduce the swift race to the courts that has characterized our political space in the last 10 years”.

The TEI DG expressed optimism that the memorial lecture will interrogate the relationship between the new Act and the roles of all stakeholders, particularly the Commission, the 18 Political Parties and 2023 General Elections and suggest ways of conducting free, fair, credible, and inclusive elections without unnecessary litigations that could be drawbacks to the election.

In his presentation, the Guest Lecturer, Prof. Yemi Akinseye-George (SAN), highlighted the new modifications in the 2022 Electoral Act and their implications to the Election management Body and Political Parties.

He harped on the need for internal party democracy, pointing out that “the Supreme Court has decided in several cases that political parties must obey their own constitutions as the court will not allow them to act arbitrarily or as they like.”

The Guest Speaker ended his lecture with a food for thought for the political actors. He said: “Politics is not anarchy; it is not disorderliness; it must be punctuated by justice, fairness and orderliness.”

The wife of the late DG of TEI, Prof. Abubakar Momoh, in whose memory the Lecture was held, appreciated the Commission for the gesture of honoring her late husband 5 years after his demise.

Mrs. Tawa Momoh, in her goodwill message, said it was a great honour to the family to see Prof. Momoh’s legacies being sustained by the Commission.

There was also a Training for Political Party Executives on Critical Components of the Electoral Act 2022, immediately after the lecture ended.

Also present were representatives of Civil Society Organizations, the Security, the Resident Electoral Commissioner for FCT, Alh. Yahaya Bello, and Technical Aides of the INEC Chairman; Prof. Bolade Eyinla, Prof. Mohammed J. Kuna, and Mr. Rotimi Oyekanmi, as well as Directors and other management staff of the Commission.