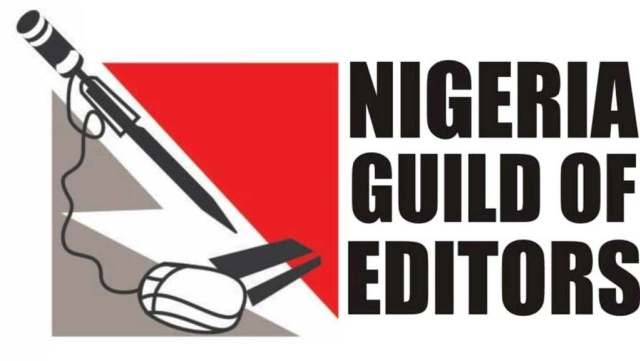 …warns that threat to media is threat to democracy

As the world marks the World Press Freedom Day today, the Nigerian Guild of Editors (NGE) has said that the inalienable right to access and disseminate information through an independent press is under attack, and called for urgent need to protect the media, adding democracy is in danger when a free press is threatened.

In a press statement signed by the NGE’s President, Mustapha Isah and the General Secretary, Iyobosa Uwugiaren on Monday to mark the World Press Freedom Day, the professional group of all the editors in Nigeria, said that while the threat to the media freedom in Nigeria is real, the impact on the state of democracy in the country will be very dangerous, if not checked.

“Today is a day globally, to remind governments of the need to respect their commitment to press freedom. It is also a day of reflection among journalists and other media professionals about issues of press freedom and professional ethics.

“We need to remind governments at all levels in Nigeria that a free and independent media that can keep the people informed and hold leaders accountable, is essential for a strong and sustainable democracy, including free and fair elections. Without it, Nigerians cannot make informed decisions about how they are governed; and address human rights abuses, corruption and abuse of power,” the editors stated.

The Guild said that its members are concerned that elected leaders in Nigeria, who should be press freedom’s dependable protectors, have made several overt attempts to silence the media voices through proposed legislations – that clearly seek to criminalise journalism practice in the country.

The editors added that apart from the regular attacks on journalists – carrying out their legitimate editorial assignments by overzealous security agents, the current attempts to criminalise journalism practice in the country through obnoxious proposed laws, the suffocating economic environment and harsh political/economic policies of the federal government, have in the past few years, made it almost impossible for the media sector to carry out its constitutional responsibility for the benefit of the citizens.

The NGE added, “There is urgent need to protect the media; because the impact of the suffocating economic and political environment being created by the government will be very dangerous to our democracy. A threat to the media is a threat to our democracy.

‘’Governments at all levels must take the lead in making sure that their actions do not inspire violations of press freedom. A democratic society like Nigeria should know that it has a crucial role to play in maintaining media freedom and facilitating access to public information.

“Government should regularly take strong and immediate action against any violations of media freedom – this should include speaking out against violence against journalists and authorities’ failure/refusal to identify and prosecute attackers.’’

The NGE also called on the federal government to make newsprints, broadcast equipment and all other consumables in the media sector tax free, in order to save the media from total collapse.

“The media is a strong pillar of democracy; it is the oxygen of the democratic space; and there is urgent need by the federal government to make intervention to save it from collapsing’’, the editors added.

While saluting journalists, pro-media rights groups and others who have remained resolute in the defence of press freedom and independent press in the country, the NGE said that its ongoing Town Hall Meeting and Capacity Training Programme for editors in the six geo-political zones – being sponsored by the US Embassy in Nigeria, have also provided a huge opportunity to remind its members about the ethical values of journalism practice and the need to strictly adhere to those values.

The statement further stated that editors have also resolved to continue to set agenda for conversation in addressing the major issues affecting the country, including insecurity, political violence and others in the country – by creating different fora for the discussion of the issues by the major stakeholders: the electoral body, civil society groups, security agencies, political parties and the electorate.

2023: Buhari speaks on anointing a candidate to succeed him