Home » Niger Delta » Why confirmation of NDDC board Chairman, members may delay

by Ediri Oyibo
in News, Niger Delta
Reading Time: 3 mins read
A A
1 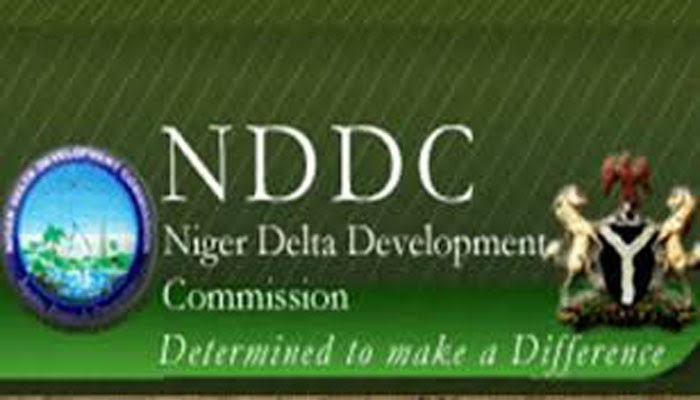 President of the Nigerian Senate, Senator Ahmad Lawan has observed that there may be a delay in the confirmation of nominees for Chairman and members of the board of the Niger Delta Development Commission (NDDC).

TheNewsGuru.com (TNG) reports Senator Lawan made the observation following a point of order raised on the nomination of the NDDC Board Chairman and members by Senator Ovie Omo-Agege, the Senator representing Delta Central Senatorial District.

Recall that President Muhammadu Buhari today asked the Senate to confirm the appointment of his Special Adviser on Social Media, Lauretta Onochie who is from a non-oil producing area of Delta State as the substantive Chairman of the Board of the NDCC.

Meanwhile, citing Order 42, the Deputy Senate President, Omo-Agege faulted the NDDC board nomination list sent to the Senate by President Buhari over the absence of a representative from Delta State, which he described as an anomaly.

Why thanking Buhari for eventually sending the list after almost three years, Omo-Agege said: “Listening to the list read out, I did not hear any name read out as a State Representative to represent Delta State in the board of the NDDC”.

The DSP went further to say: “By the provisions of Section 2 (1A and 1B), specifically 2(1B) of the NDDC Act, every State of the Niger Delta is supposed to have one member, an indigene of the State, representing the State in the board of the NDDC, as a State representative.

“Now, the list read out has all of the States represented but Delta State does not have a State representative. So, I will like to appeal to Mr President to graciously reach out to the Executive arm to do the needful, to correct the anomaly”.

Reacting, the Senate President, Lawan said: “I have taken note and I am using this opportunity to advise the Executive arm of government that because we want to screen and consider the request of Mr President for the nominees to be confirmed, the needful must be done that every State of the Niger Delta is supposed to have one State representative.

“In the case of Delta, you have the Chairman, you do not have a State representative. We will go strictly by the law establishing the NDDC. Let me also advise the Executive that it is in the interest of the Niger Delta and the entire country that we get that nomination for a State representative for Delta State. Otherwise, this will delay our processes here in the Senate for considering this request”.