Home » Nigeria » 2023: Refrain from religious sentiments, vote for me – Tinubu to Christians

2023: Refrain from religious sentiments, vote for me – Tinubu to Christians 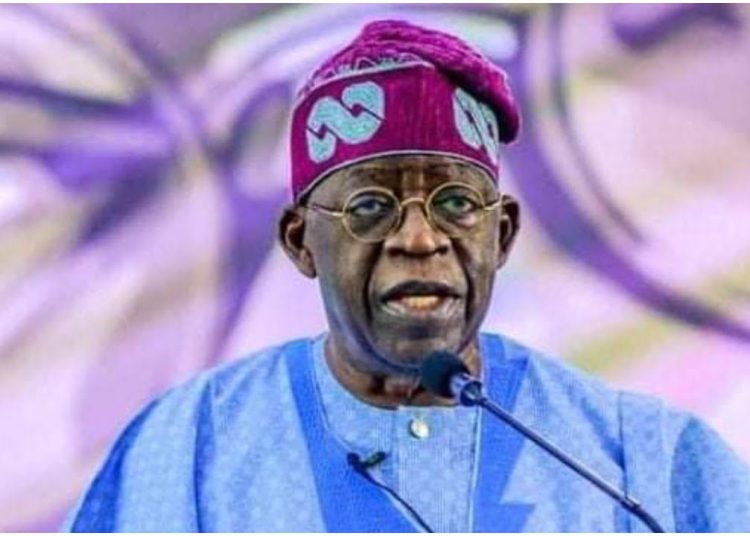 The All Progressives Congress (APC), presidential candidate, Asiwaju Bola Ahmed Tinubu has appealed to Christians in the country through the Christian Association of Nigeria (CAN) to refrain from religious sentiment and vote for him in the 2023 presidential election, insisting that he is the best candidate to give Nigeria good leadership.

This appeal was made on Sunday in Kano during an interface with CAN leadership led by the state chairman, Rev. Samuel Adeyemo.

Jagaban as he’s fondly called spoke at Africa House, Government House, Kano, where he reminded the Christian leaders that he is married to a pastor, insisting that his decision for a Muslim-Muslim ticket was never to spite Christians but to ensure that he used the best political formula to win elections.

“Thank you, everyone, here. Thank you, CAN. Thank you, Pastors. I am a unique Muslim because I am married to a Pastor. When I am at home, she is the boss.

“I did not try to Islamise her. We have two bedside lamps, one with the Bible, and the other one with the Holy Quran. I have never seen the two Holy Books change their position or quarrel in the same bedroom.

“We have a country to build. Me, I have an election to win. After winning my primary election, I didn’t look for the ballot papers to know whether those who voted were Muslim or Christian. All I needed was to win, and I won. When I won, I started dancing.

“I know you would not want to be an enemy to the winning team. I am a politician, I have a formula, and my formula is to win an election without rigging. I am a minority Muslim from Yoruba, how will I go and chose one Emmanuel from Sokoto…,” Tinubu said.

In his remarks, Kano State Governor, Dr. Abdullahi Umar Ganduje, commended the Kano CAN leadership for honouring the invitation.

“I thank Kano CAN for honouring this invitation…we have our presidential candidate and former Governor of Lagos state. You know the development in Lagos. Seeing is believing. Therefore, his own is that he is tested, and he can be trusted. His running-mate developed Borno State and the person he handed over to is doing well.

In his address, Rev. Adeyemo said they were at Government House at the invitation of Governor Ganduje, who he described as a detribalized leader.

According to him, Kano has remained peaceful under Governor Ganduje, who sees all residents as indigenes of the state.

He said, “CAN Kano has two key responsibilities—to be praying for peace in Kano and Nigeria. We also know that the APC presidential candidate will be doing a lot of traveling for his campaign, and we are praying for his safety.

“We also urge Christians in the state to exercise their civic responsibility during the elections.”