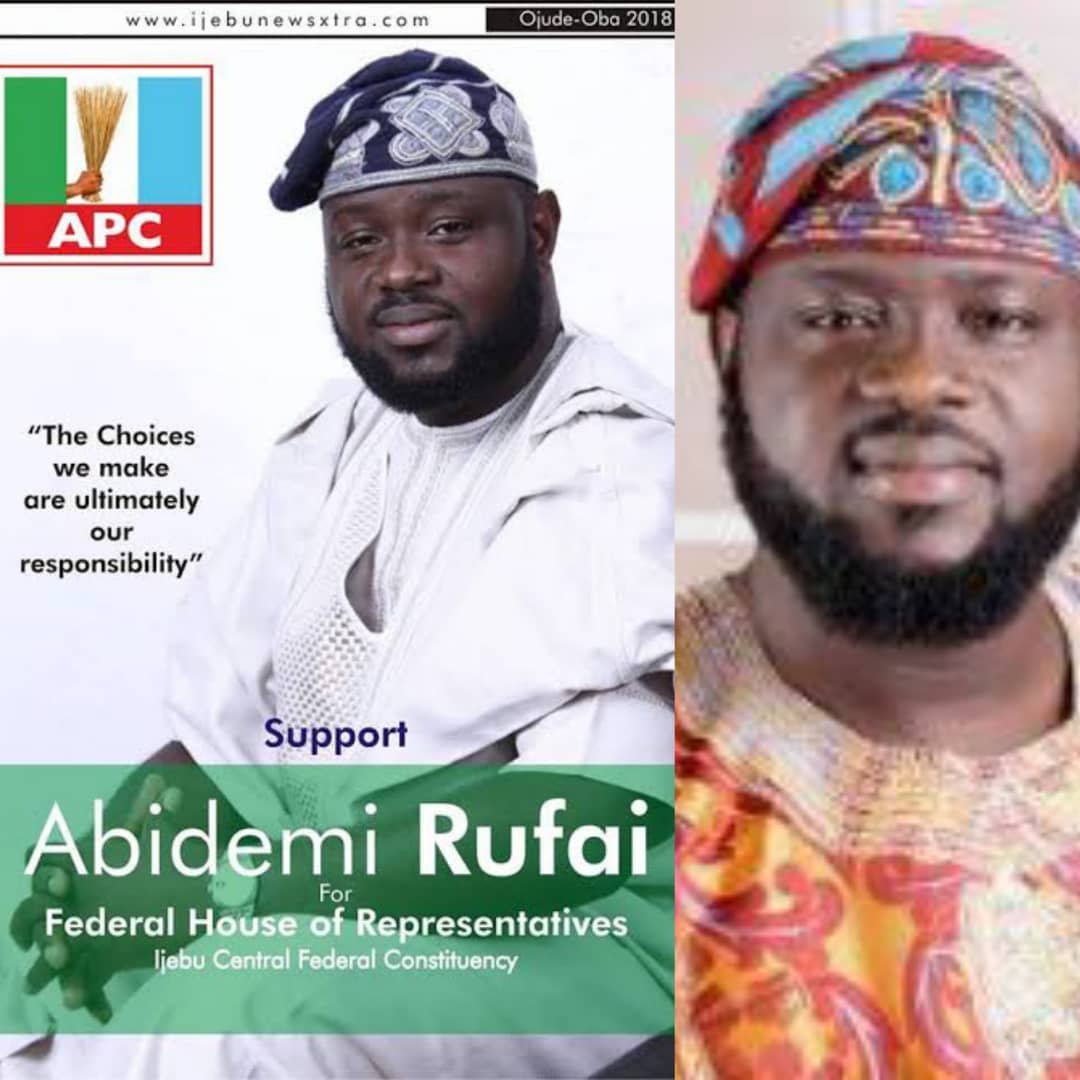 Governor Dapo Abiodun’s special assistant, Abidemi Rufai, popularly known as Ruffy, has been arrested in the United States of America for wire fraud said to be in the region of $350,000.

Rufai who is an House of Representatives aspirant on the platform of the All Progressives Congress for the 2019 election was arrested on Friday at the John F. Kennedy International Airport, New York, United States of America by US federal agents as he attempted to leave the country.

According to information provided on the website of the United States Department of Justice on Friday on the former aspirant for Ijebu Central Federal Constituency of Ogun State:

A Nigerian citizen was arrested Friday evening at JFK Airport in New York on a criminal complaint charging him with wire fraud for his scheme to steal over $350,000 in unemployment benefits from the Washington State Employment Security Department, announced Acting U.S. Attorney Tessa M. Gorman.  Abidemi Rufai, aka Sandy Tang, 42, of Lekki, Nigeria, made his initial appearance Saturday May 15, 2021 in New York.  He is scheduled for a detention hearing Wednesday.

“Since the first fraud reports to our office in April 2020, we have worked diligently with a federal law enforcement team to track down the criminals who stole funds designated for pandemic relief,” said Acting U.S. Attorney Gorman. “This is the first, but will not be the last, significant arrest in our ongoing investigation of ESD fraud.”

The criminal complaint alleges that Rufai used the stolen identities of more than 100 Washington residents to file fraudulent claims with ESD for pandemic-related unemployment benefits.  Rufai also filed fraudulent unemployment claims with Hawaii, Wyoming, Massachusetts, Montana, New York, and Pennsylvania.  Rufai used variations of a single e-mail address in a manner intended to evade automatic detection by fraud systems.  By using this practice, Rufai made it appear that each claim was connected with a different email account.

Rufai caused the fraud proceeds to be paid out to online payment accounts such as ‘Green Dot’ accounts, or wired to bank accounts controlled by “money mules.”  Some of the proceeds were then mailed to the Jamaica, New York address of Rufai’s relative.  Law enforcement determined more than $288,000 was deposited into an American bank account controlled by Rufai between March and August 202

“Greed is a powerful motivator.  Unfortunately, the greed alleged to this defendant affects all taxpayers,” said Donald Voiret, Special Agent in Charge FBI Seattle. “The FBI and our partners will not stand idly by while individuals attempt to defraud programs meant to assist American workers and families suffering the consequences of the Covid-19 pandemic.”

Wire fraud is punishable by up to thirty years in prison when it relates to benefits paid in connection with a presidentially-declared disaster or emergency, such as the COVID-19 pandemic.

The charges contained in the complaint are only allegations.  A person is presumed innocent unless and until he or she is proven guilty beyond a reasonable doubt in a court of law.

This case was investigated by the FBI, with assistance from the Department of Labor Office of Inspector General (DOL-OIG).  The fraud on ESD is being investigated cooperatively by the FBI, DOL-OIG, Social Security Office of Inspector General, U.S. Secret Service, the United States Postal Inspection Service, and the Internal Revenue Service Criminal Investigations.  The Washington Employment Security Department is cooperating in the investigation.

The cases are being prosecuted by Assistant United States Attorneys Seth Wilkinson, Cindy Chang, and Benjamin Diggs of the Western District of Washington, and Trial Attorney Jane Lee of DOJ’s Cyber Crime and Intellectual Property Section.