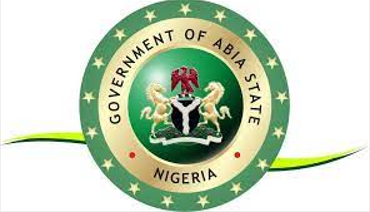 The Commissioner for Information, Dr Eze Chikamnayo, confirmed this in Aba after the hotel was sealed off.

He said that the hotel was shut because of alleged repeated reports of deaths under questionable circumstances on the premises.

How I ameliorated the terrible electricity situation in Southeast -Bart Nnaji

Newsmen recall that a woman was killed in the hotel on April 15, while her two-year-old child was taken away.

The incident spurred residents, especially youths in the area to protest as they alleged other killings in the hotel, which were reported to security agencies without action the agencies.

Chikamnayo said the woman came into the hotel with two young boys and a baby in the afternoon of the fateful day as confirmed by the hotel’s CCTV.

He added that the boys left with the baby in the evening without the lady, and when the hotel management broke into the room around midnight, they found the lady’s dismembered body.

The information commissioner said that reports available to the Abia government showed other incidents of killing taking place in the hotel, especially around the swimming pool.

According to Chikamnayo, the Abia government is determined to stamp out all developments that will threaten lives of residents.

He said that no responsible government would fold its arms and watch such a hotspot of crime crop up.

Chikamnayo further said that everyone suspected to be involved in the woman’s killing had been arrested and the case transferred to the state CID for investigation.

He also said that the hotel would remain sealed pending the completion of the investigation and warned that Abia was a no go area for killings and dismemberment of people’s bodies for any purpose.

He said the state had zero tolerance for any form of incubation and growth of criminality.

Chikamnayo said that any hotel in the state that offered itself for such a crime would automatically be closed down and the culprits brought to book.

He decried the presence of over 80 teenagers who were in compromised positions indulging in anti-social and criminal activities in the hotel.

The commissioner advised parents to fully monitor their children’s movements to save them from straying into danger.

Chikamnayo said the Chief of Staff to the Governor, Mr Okey Ahiwe; the Commissioner for Homeland Security, Mr Sopuruchi Bekee; and other security chiefs were present during the exercise.