Atiku Abubakar- A Candidate to Beat- by Seidu Mohammed 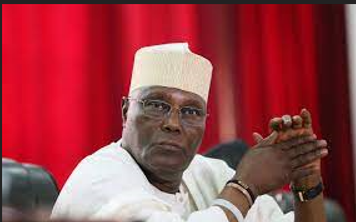 If there is one politician with national spread, grassroots acceptance, political experience and requisite administrative skills to oil to take Nigeria out its current myriad of challenges, it sure has to be His Excellency, Atiku Abubakar – the Waziri of Adamawa state.

As Vice President in the Administration of President Olusegun Obasanjo, he exhibited his adroit administrative prowess with the way he led the execution of that regime’s game changing economic policies such as the privatization programme, finance sector reforms, debt management etc.Without a doubt the Wazirin Adamawa is a candidate to beat in the forthcoming presidential election.

There has been this debate in respect to youths being politically responsible for the future of the country. As plausible as that may sound, politics is no tea party. In politics, power is not given but earned. Aiku Abubakar is one prominent political figure that has shown that he has prepared himself for the serious task of leading a complex country with serious economic challenges like Nigeria. Physically, he looks like a spartan warrior prepared for leadership. Atiku Abubakar has said it countless times more than I can remember that if given the mandate by Nigerians to govern them, the youths of the country – which he considers to be an intrinsic part of the population of the country will play very fundamental roles in his administration.

The 2023 election is fast approaching. Nigerians of good reason and conscience must be deliberate in avoiding the mistakes of the last seven years. The APC knows they have nothing to offer in defense of their disastrous stint on power and rather than focus on issue based campaigns, the party and their agencies are preoccupied with Atiku’s age rather than what he has to offer.

There’s no denying that Atiku remains a candidate to beat. He is the only politically experienced and intentionally prepared individual with a blueprint on how to govern the country. The PDP should avoid the temptation of discontinuing the party legacy of zoning. The internal zoning arrangement of the party has been a political balancing tool and a leadership recruitment strategy. Even more commendable is the idea of giving Nigerians a sense of belonging. The current arrangement of a leader from the North to continue from where the late Musa Yar’adua of blessed memory stopped must be honored by the party chieftain for the sake of equity and fairness.

As a party faithful myself, I owe Nigeria the responsibility of supporting His Excellency Atiku Abubakar on his rescue Nigeria mission. Now more than ever, we patriots need to arise en masse to chase APC out with our voter’s cards. Like they say, the reward for good work is more work. It follows therefore that the reward for bad work is less work. APC deserves less responsibility and the onus is on Nigerians to mobilize in support of Atiku because he has the interest of the country at heart. The APC knows any day, anytime, Atiku is a candidate to beat and it would be a disastrous outing for PDP if his name is not on the ballot.

NRC states why Ibadan -bound train ran out of fuel