by Ediri Oyibo
in Crime Watch, Nigeria
Reading Time: 1 min read
A A
0

The state Police Public Relations’ Officer (PPRO), SP Gambo Isah, disclosed this in a statement on Monday in Katsina.

Isah said that the attackers invaded the area on Sunday at about 11.55 p.m. with AK47 rifles.

He said that they attacked the residence of the deceased and shot him dead.

The PPRO added that the attackers also shot his security guard, Gambo Chakau and fled into the forest.

He explained that the victims were rushed to the Danmusa General Hospital for treatment, where the district head was confirmed dead.

According to Isah, the security guard is responding to treatment. 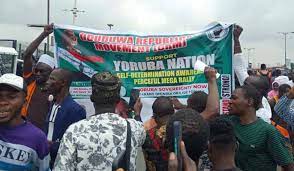