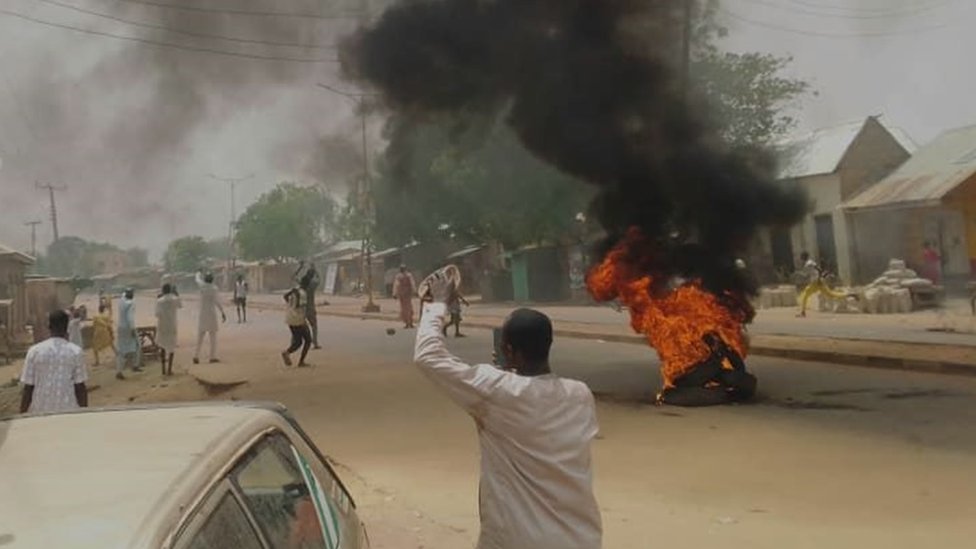 There was pandemonium in  Katangan area of Warji Local Government Area of Bauchi State on Saturday morning  as irate youths reportedly burnt houses and injured a pastor over another case of alleged blasphemy.

Many houses were said to have been burnt in the riot, including a church situated in the area.

Findings show  that trouble started  when a message was allegedly circulated on social media that a Christian girl in the town allegedly engaged in blasphemy of Islam while commenting on the case of Deborah Samuel.

“What I learnt was that a Christian girl allegedly posted and commented on something on social media which has to do with the incident in Sokoto and that was how it started,” a source said.

Recall that Deborah Samuel a part two student of Shehu Shagari college of Education Sokoto , was beaten to death and her remains burnt over alleged blasphemy against prophet Mohammed (SAW)

Meanwhile, the details of the Bauchi incident are still sketchy as at the time of filing this report.