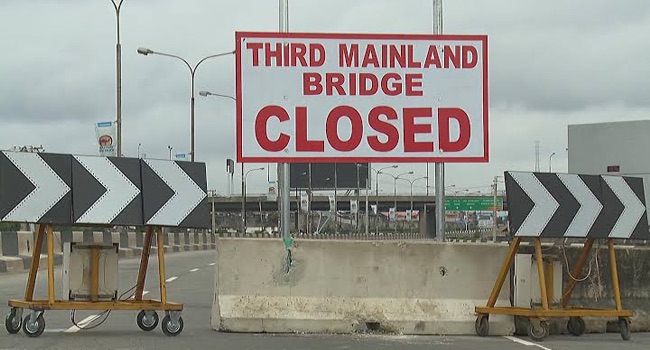 The Federal Government on Thursday announced a two-day total closure of the Third Mainland Bridge in Lagos State for a concrete work on some sections.

The Federal Controller of Works in the state, Mr Olukayode Popoola, in Lagos said that the closure would begin from midnight of Oct. 30 and end at midnight of Nov. 1.

“We are planning to cast two number expansion joints, and we shall close the Third Mainland Bridge from midnight of Oct. 30 until midnight of Nov. 1,’’ he said.

The controller said that there was the need to shut both bounds of the bridge – from Adeniji Adele to Adekunle – in addition to the closed bound of the bridge, to complete the work.

According to him, the closure is to ensure that there is no vibration on the bridge during casting in-place of the newly-installed expansion joints.

“This is to allow for the setting of the special concrete, which allows the concrete to achieve its required compressive strength,’’ Popoola said.

He said that the Federal Government decided to close the bridge on a weekend to minimise the impact on vehicular traffic.

According to him, adequate traffic managers will be deployed to control all the alternative routes.

“We regret any inconveniences this two-day closure will cause,’’ Popoola said.

The Third Mainland Bridge is going through a series of repair.

The repair is expected to last for six months. It is divided into two phases of three months on each carriageway, starting with the Oworonsoki bound carriageway.

The 11.8km bridge is the longest of the three bridges connecting Lagos Island to the mainland.

Constructed in 1990, the bridge was adjudged as the longest in Africa until 1996 when the Oct. 6 Bridge in Cairo was completed. 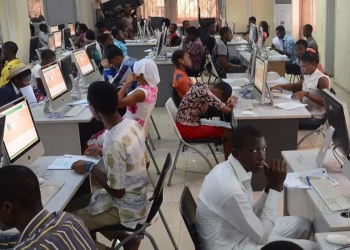