Buhari finally opens up on why Fashola, Amaechi were stripped of ‘super ministries’ 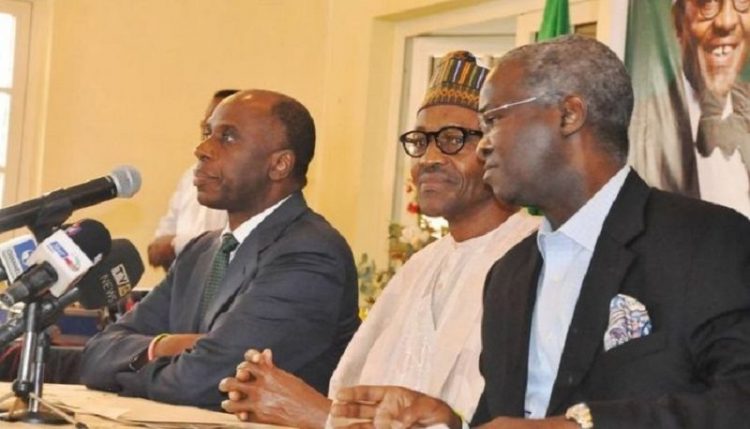 President Muhammadu Buhari has finally provided reason why Babatunde Raji Fashola and Rotimi Amaechi were stripped of their ‘super ministries’.

Recall that while apportioning portfolios to ministers for his second term, President Buhari made adjustments to the ministries of Power, Works and Housing, and Transportation and Aviation; the two ministries hitherto known as super ministries.

While reading out the portfolios during inauguration, Buhari apportioned Works and Housing Ministry to Fashola, and declared a substantive Minister for Power; Sale Mamman.

The president retained Rotimi Amaechi as the Transportation Minister but without the Aviation extension. Hadi Sirika who initially functioned as minister of State Aviation has now been substantially confirmed as Minister of Aviation.

Speaking during the second term maiden FEC meeting, Buhari said, “We split the Ministry of Power, Works and Housing, and split Transport and Aviation, to improve delivery of infrastructure; and we created a Ministry of Police Affairs to help advance our security reforms.

“To improve service delivery and efficiency we have decided to restructure some functions, which has led to the creation of new ministries.

“We have merged Finance and Budget & National Planning. We have also created a Ministry of Humanitarian Affairs to institutionalize our various interventions that support some of our poorest and most distressed citizens.

“We have created a Ministry of Special Duties and Intergovernmental affairs. The Minister will coordinate multiagency and inter-Ministry functions as designated by the President.