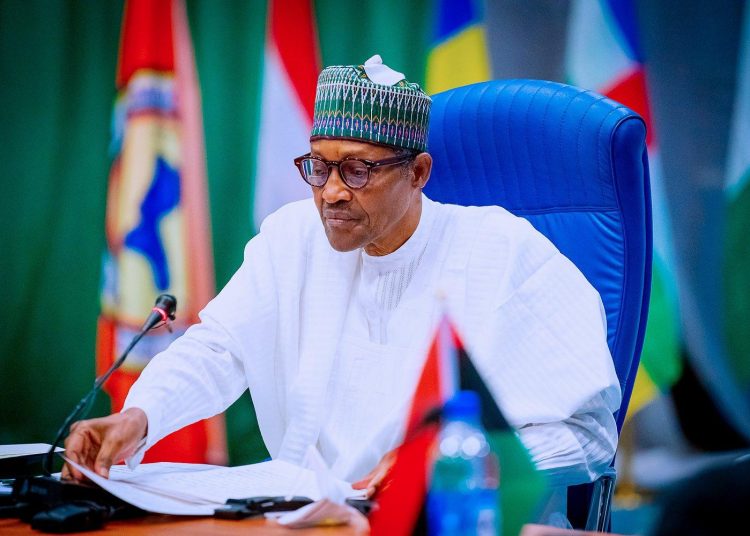 President Muhammadu Buhari on Wednesday in Seoul, South Korea, expressed Nigeria’s desire to widen the scope of trade relations with the Republic of Korea beyond gas exports.

Mr Femi Adesina, the President’s spokesman in a statement said Buhari was speaking during a bilateral meeting with his Korean counterpart, Mr. Yoon Suk-Yeol at the Presidential Palace on the sidelines of the First World Bio Summit.

The president called for expansion from the long-term gas contract to other areas.

Bishop Oyedepo counsels Nigerians on who to vote for

On piracy in the Gulf of Guinea to which Korean ships had fallen victim, Buhari noted that the level of attacks had decreased considerably over the last one year.

This, he said, was due to the provision of equipment to the Nigerian Navy and Nigerian Maritime Administration and Safety Agency (NIMASA) by the Nigerian government, while also commending the Korean government for the supply of a vessel to the Navy.

In this respect, the Nigerian leader said he looked forward to enhanced defence and security cooperation with the Republic of Korea.

The president, who thanked his Korean counterpart for inviting him to address the World Bio Summit, also appreciated him for expressing sympathy with Nigerians on the flood disaster.

Earlier, President Suk-Yeol had sympathized with President Buhari over the massive havoc and human losses caused by flood in his country.

He described Nigeria as ”Africa’s largest economy and cultural powerhouse that produces huge number of films.”

He expressed confidence that Nigeria’s economic and cultural capabilities will contribute significantly to exchanges and cooperation between both countries.

Both leaders, according to Adesina, also discussed the need for cooperation at the multilateral level, particularly at the United Nations with South Korea indicating interest to vie for a seat on the Security Council in 2024 and seeking Nigeria’s support.

Similarly, the Korean leader sought Nigeria’s support for her country’s plan to host the 2030 EXPO.