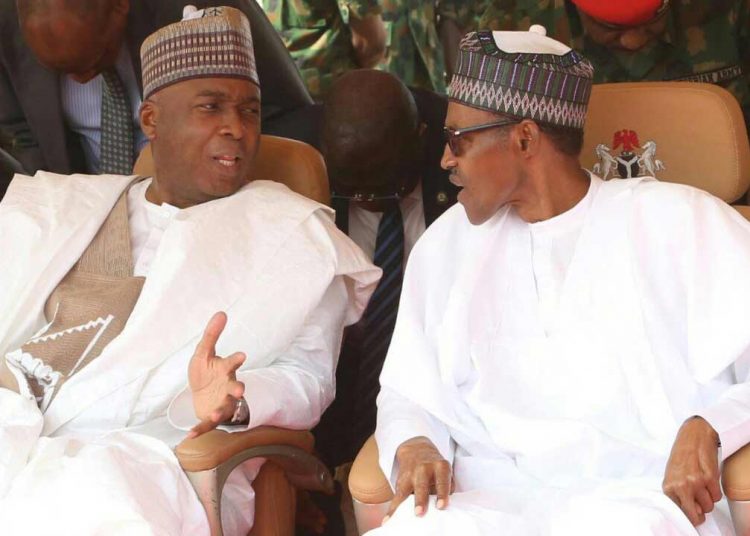 President of the Senate, Bukola Saraki, has accused the President Muhammadu Buhari-led administration of using the Trader Moni programme as a ‘sophisticated vote-buying’ plot to win the 2019 presidential election.

Trader Moni is one of the government’s initiative under the Government Enterprise and Empowerment Programme (GEEP), a programme targeted towards awarding collateral-free loans to two million petty traders across the country.

Vice President, Yemi Osinbajo, has become the face of the programme as he’s launched it in several markets in many states in the country over the past few months.

While speaking during a press briefing in Abuja on Friday, November 30, 2018, Saraki said the present government has been using the programme to induce voters ahead of the 2019 presidential election.

He accused the government of sidelining the opposition from the launching of the programme across the country like it’s not a programme for all Nigerians and not just the ruling All Progressives Congress (APC).

“It is wrong, we have said it. It equates in a way to sophisticated vote-buying. Because if it’s not vote-buying, you should’ve been doing this since 2015.

“All of a sudden in 2018, that’s the biggest program. And when you go, you carry APC governors besides you, women leader from the APC beside you. You’re collecting PVC. Nigerians will not be fooled by that. To us, it’s sophisticated vote-buying.”

The Senate President said the government either puts a stop to the programme or open it up to ensure that it represents all Nigerians.

Vote-buying is the practice of paying voters to compel them to vote for particular candidates during an election and has become a hot-button issue ahead of the 2019 general elections.

Despite Saraki’s claim that the Trader Moni programme has been going on since 2015, it was not actually launched by the Federal Government until this year.

The former Kwara governor was speaking in his capacity as the Director-General of the Presidential Campaign Council of the People’s Democratic Party (PDP) who’s fielding former vice president, Atiku Abubakar, as its candidate.