by Olaotan Falade
in Nigeria, Top Story
17
SHARES
425
VIEWS
Share on WhatsAppShare on FacebookShare on TwitterShare on LinkedInShare on TelegramSend as Email
ADVERTISEMENT

The release from custody of the leader of Islamic Movement of Nigeria (IMN) Sheikh Ibrahim El-Zakzaky can only be decided by the Kaduna State government, the Federal Government has said.

Attorney-General of the Federation and Minister of Justice Abubakar Malami said the Cleric is being tried under the Kaduna State law and not under a federal law.

He said his case is different from those of Omoyele Sowore and Col.Sambo Dasuki (rtd), who were released from custody on Christmas Eve following his direction to the Directorate of State Services (DSS) to comply with the court’s ruling which granted them bail.

Malami made the clarifications in a response to an enquiry by The Nation.

His response was forwarded by his Special Assistant on Media and Public Relations, Dr. Umar Jibrilu Gwandu.

Followers of El-Zakzaky renewed their demand for the release of the Shiites leader in Nigeria after Dasuki’s and Sowore’s release.

Malami said:  “In determining the authority responsible for compliance with a court order with particular reference to bail, one must be guided by the law under which the accused person is charged and granted bail.

“On one hand, where the accused is charged under a state law, the order of the court granting bail for an accused person bail is targeted at the state authorities for  compliance.

“On the other hand, where charges are framed under federal offences, the order granting bail is targeted at the federal authorities for compliance.”

El-Zakzaky and his wife Zeenat were arrested in Kaduna in 2015 after an attack on the convoy of the Chief of Army Staff, Lt.-Gen. Tukur Buratai, an act declared by the Army as an assassination attempt.

The Army raided the IMN headquarters in Zaria and killed many Shi’ites members.

Despite a court order for their release in December 2016, the IMN leaders is still in detention.

The Kaduna state government on April 18, 2018 filed an eight-count charge of unlawful gathering, criminal conspiracy and culpable homicide against El-Zakzaky and three others.

Some of the offences are punishable under section 59 and 190 of the Kaduna State Penal Code Law, 2017.

The allegation of homicide is punishable by death, under section 190 of the same law

In May 2018, El-Zakzaky and Zeenat were arraigned before a Kaduna High Court.

Justice Darius Khobo on August 5 granted leave to them to travel abroad for medical treatment.

Although the couple left Nigeria on August 12, Medanta Hospital in New Delhi,, they  hurriedly came back on August 16.

In an audio message, El-Zakzaky accused the government of allegedly frustrating his medical treatment.

He  said: ”So we saw that we were practically brought to another detention facility which is even stricter than the one we were back in Nigeria.

“They came here with police armed with guns and a lot of staff from the Nigerian embassy”. 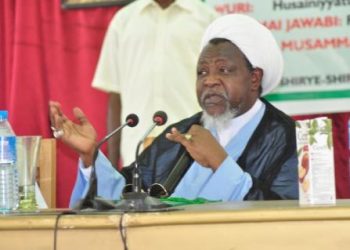 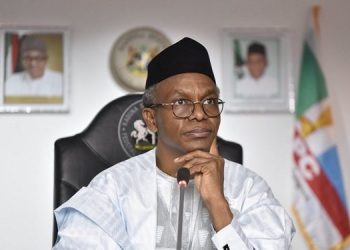